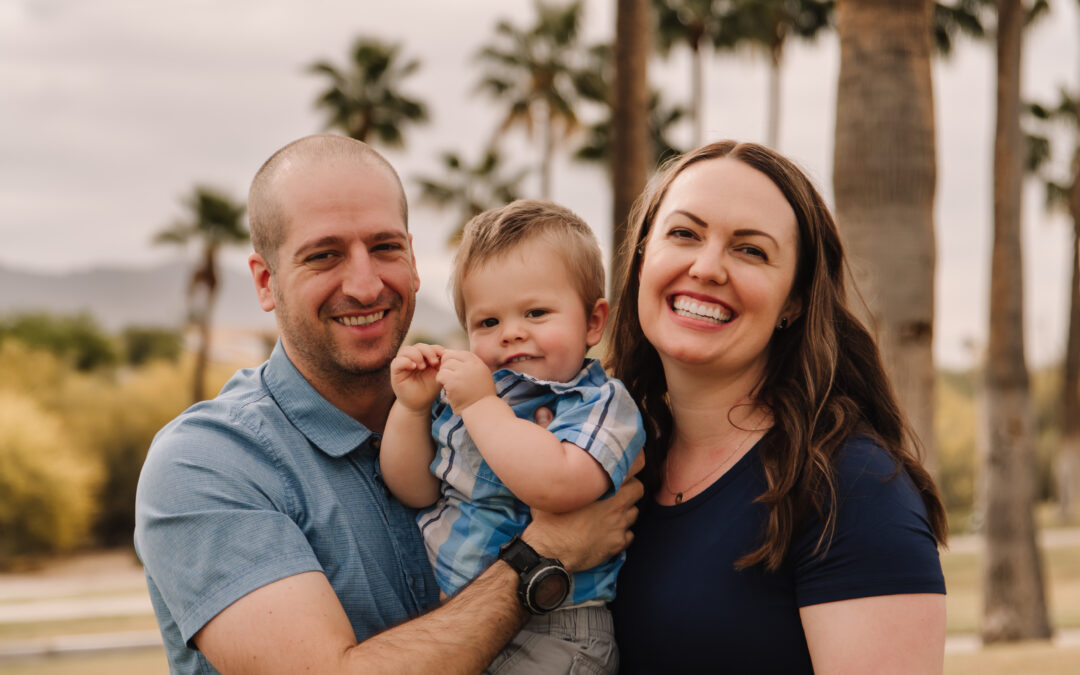 Prescott Woman Magazine chatted with Courtney Golder, pediatric dentist, to find out what makes her enjoy Prescott and everything it has to offer

PWM: How long have you lived in Prescott?

Courtney: I grew up in Prescott, and graduated from PHS. After high school, I moved all over the place for school, including Ohio, Washington state, California, and back to Ohio again. My husband, son, and I officially moved back to Prescott this past July, and we couldn’t be happier with the move.

PWM: Why did you choose Prescott as your home?

Courtney: We were living in Phoenix and the heat was difficult with a new baby—we wanted somewhere that we could be outdoors and raise our son in the active lifestyle we love. I had a great childhood in Prescott and it seemed to fit our lives perfectly.

Courtney: I am proud to say that I’m a pediatric dentist working at My Kids’ Dentist with Dr. Ryan Brown.

PWM: Do you have any kids?

Courtney: So far, just the one little man. Benjamin is 19 months old and the funniest person I’ve ever met. He could watch planes flying overhead all day long, while also singing songs about tractors. When asked what he wants to eat, there’s a 50 percent chance he will say, “cheese,” and the other half of the time, it’s “banana.”

PWM: What is your favorite thing about living in the Prescott area?

Courtney: The cooler weather! And the parks are amazing. It’s been incredible to explore the area, feeling a bit like a tourist, while also having a wonderful layer of hometown comfort built in.

PWM: How do you think Prescott enhances your occupation and hobbies?

Courtney: I look forward to being part of a smaller town, for both my job and my personal life. Being a pediatric dentist is amazing for so many reasons, first and foremost being able to interact with kids all day long. I’m excited to see my patients out and about in the community, and to build relationships with the families; that’s something that was difficult to achieve when working at my previous job down in the valley. As for hobbies, I have to admit that being a new mom has been my sole focus outside of work for the past 19 months. As my son gets older, I look forward to exploring the area as a family, while also having a little more time for myself to rediscover my previous hobbies, such as yoga, reading, and rock climbing

PWM: Are you working on anything new or exciting for the upcoming year?

Courtney: My husband and I are hoping to add another baby to our family in another year or so, which is very exciting and also a little scary for us. We still can’t wrap our heads around going from one to two children.

PWM: If you could contribute to anything in the Prescott area, what would it be and why?

Courtney: Although this move has felt like “coming home” for me, I’m very aware that the current Prescott is not the Prescott that I left 17 years ago. At this time, my hope is to get reacquainted with the area and then I can find the best way to personally contribute.