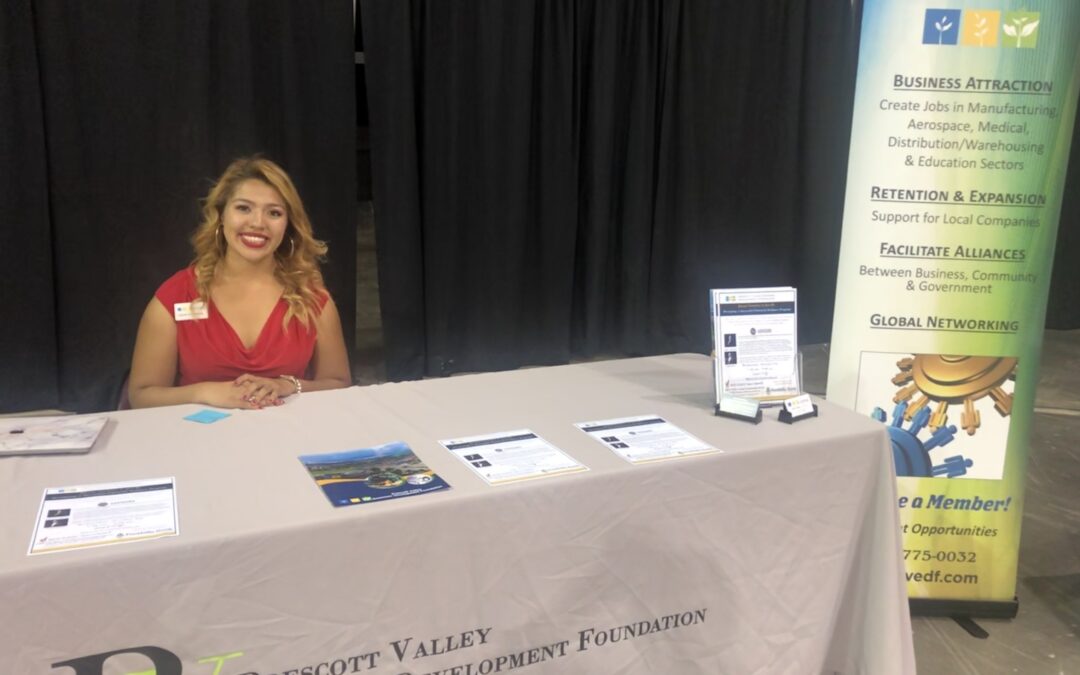 Originally born in Mexico, Leslie Contreras migrated to The United States at a very young age with the determination to reach success. From a young age, her parents instilled in her the power of education and focused on making sure she had access to it.

“I owe all my achievements to my parents,” she said. “They searched for the path that would allow their children the opportunity not only to survive but to succeed in life. For that reason, they migrated to the United States pursuing the American dream. Without my parents’ bravery, I would not be in the position I am today.”

In 2015 when Leslie was getting ready to choose a college, she learned she had received a full-ride scholarship to Northern Arizona University (NAU). She had the option to move to Flagstaff to attend the main university campus or move to the Prescott region and attended the extended NAU campus located in Prescott Valley. Ultimately, she decided to relocate to Prescott and began her freshman year in the fall of 2015. As the years went by, she fell in love with the Prescott Valley region. A few months before walking the graduation stage to receive her diploma, she was faced with the question most graduating college seniors ask themselves: What’s next?

Leslie didn’t know exactly what her career would look like since her degree in community development and sustainability could apply to multiple different paths. However, she found it necessary to stay in the Prescott region to give back to the community that allowed her to receive her education. A few weeks before graduating, Leslie interviewed to work for The Prescott Valley Economic Development Foundation (PVEDF). Days after her graduation in May 2018, she signed a contract with PVEDF and started as the executive assistant to Mike Paredes, executive director of the foundation. Less than a year later, Leslie was promoted to become the economic development coordinator of the foundation and is currently fulfilling that role.

Moving forward with her career, Leslie is focused on being part of the manufacturing and industrial growth of the Prescott Valley region.

She said, “I find the world of economic development to be so fascinating and I feel truly blessed to be able to work in this field. I love my job because it is challenging and it requires me to be uncomfortable and innovative. I believe stepping out of my comfort zone is the only way I can expand my knowledge and develop the skills required to grow into a woman that will be capable of making a positive contribution to this world. I am also very fortunate to have an extraordinary boss who has taken it upon himself to mentor me. It is because of people like my boss, my parents, and my supportive networking circle that I am confident I will succeed.”

Leslie added, “My plans include being more involved with the community and working together with groups like PYAP to address important issues that are challenging our community.”

Leslie finished by stating, “We owe it to our generation, my parents’ generation, and especially the future generations to try every day to make this world a little better than yesterday, so we can have a prosperous future.”