Out to Lunch in Prescott 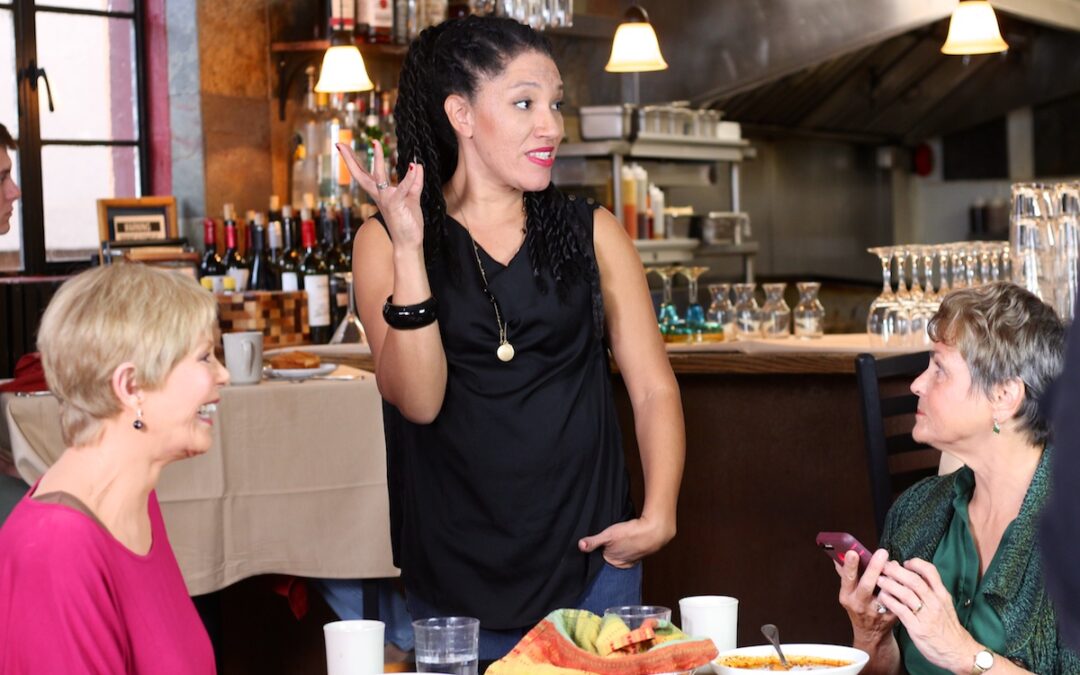 In new film, local shines, from business to scenery to talent

By Mikki Russ, Director, Out to Lunch

When I went in to ask Barry Barbe if I could shoot my movie, Out to Lunch, in his restaurant, El Gato Azul, he was kind and agreeable before I even name-dropped Toni Tennille, one of the film’s stars.

Out to Lunch focuses on the story of two lifelong friends (played by Toni Tennille and Julie Cargill). A skeptical server skirts the conversation with her reluctance to become involved in their discussion about the evolution of woman.

El Gato Azul has the warm, colorful vibe I knew would look rich and luxurious on film. We shot in one day in downtown Prescott with a cast and crew willing to give their best efforts, even at a call time of 5 a.m.

Deb Gallegos of Making A Scene Productions graciously donated her skillset and equipment to support us in both consulting and filming. John Duncan introduced me to cinematographer Robert Zinni, who was quickly the alfredo to my pasta. He’s got that sauce and we just clicked creatively. I feel blessed to have worked with all of the talent that seemed to have sprouted out of the Prescott soil like well-placed flowers.

Out to Lunch has had some film festival success in Western New York at the F.A.M.E. Film and Music Event, winning best Female Director and Best Actress in our category. I’m wearing our medals at this very moment, proud of what Prescott let me do, and humbled by what she gave me to keep forever.