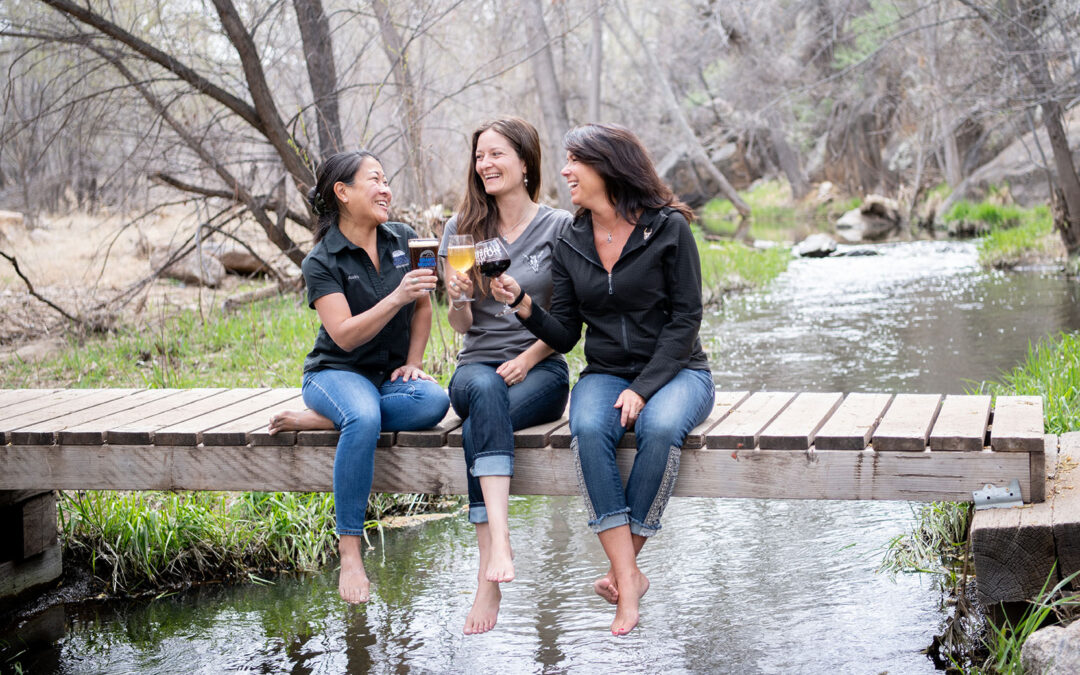 The craft beverage industry has no intent of slowing down throughout the US, and that includes right here in Prescott.  In recent years, the town has seen local crafters staking claim— from Superstition Meadery on Gurley Street, to Granite Mountain Brewing on Cortez Street, to the newest Stoic Cider based in Williamson Valley.  The best part is that these local businesses are spearheaded by women, and these fierce independents are not messing around. So, grab a glass and let’s get started!

Gurley Street provides the tour’s first stop at Superstition Meadery located at the Old Capitol Market” in the historic Burmister Building next to Bashford Court. Customers can taste the award-winning Blueberry Spaceship Box, as well as a variety of mead to please any palate. Jen Herbert, co-founder of Superstition Meadery says, “I realized starting a meadery would carve a path in new territory, and this has helped define a whole new category of alcohol.” Herbert started the first meadery in AZ and their company has been a top 100 brewer in the world—you read that right—five years in a row.

Like many who start out, the Herberts started homebrewing with a kit and have since been honing their craft with inspiration by meals and beverages they experienced while traveling. Now, having introduced over 150 unique meads, Herbert has seen the results first-hand and states, “For Prescott, the economic impact is much more than selling bottles of mead. People who travel to visit our meadery are staying in hotels, going out and supporting many of our local business.”

Next stop is Granite Mountain Brewing on Cortez Street. This cozy family-friendly tasting spot utilizes a 3-barrel brewing system visitors can see when sitting at the beautifully handcrafted bar. There, you can find a host of microbrews from lagers to stouts and everything in between. Celebrating their 7th anniversary in August, owner and local Beer Girl Audra Yamamoto formed many business ideas while attending college in Boulder, the craft beer mecca of the US, and her love for craft brews led her to start a brewery in Prescott, “The challenge of product creation, paired with marketing, customer relations and in-house service was intriguing to me, and the great thing about our brewery is that we’re constantly evolving, learning and improving, which keeps us fresh.”

From an underground tasting launch attended by 10 people to a local fan base of 300 when they opened in 2012, the brewery and taproom prides itself on ingenuity.  Yamamoto says, “We are often the first to bring a trending beer style to Prescott. This industry will continue to be a tourism draw. Where else in Arizona can you stay in a quaint tree-lined downtown with easy access to a distillery, meadery, cider house and breweries?” Superstition Meadery’s Herbert echoes this sentiment, “The craft beverage tourism industry is big business and is populated with fans who love to travel.”

While you’re at Granite Mountain Brewing, you’ll conclude your tasting tour with one of the rotational taps of Stoic Cider. This small-batch cider producer celebrated their first anniversary in December 2018 and currently operates out of their wholesale production-only facility in Williamson Valley. With plans to create a tasting room dedicated to their products, customers can find Stoic in several locations throughout Prescott, Flagstaff and Phoenix. Tierney Routson and her three co-founders started Stoic Cider in 2016 and began selling cider in December 2017. Says Routson, “Our ciders are inspired by the special apples we ferment combined with unique desert flavor profiles ranging from hoppy to fragrant, to hard or dry. Because they’re made in small batches, we use high-quality interesting apples from all over the US.”

Routson handles the hands-on fermentation work, and feels the alcohol production industry could benefit from more diversity in ownership, management and staffing. She states, “It’s exciting to have a vibrant, small business in an interesting community. We are passionate about creating small batch craft beverages that pairs well with our local community.”

The writer and publisher of Prescott Woman Magazine, and the craft beverage founders featured here encourage all to drink responsibly. To find out more about each location, visit: http://www.superstitionmeadery.com/ ; http://www.granitemountainbrewing.com/; and http://stoiccider.com/. 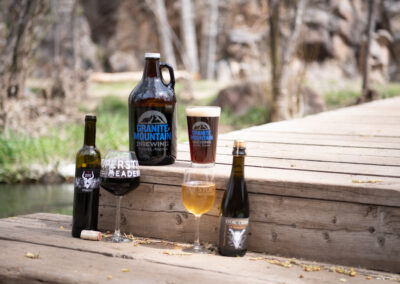 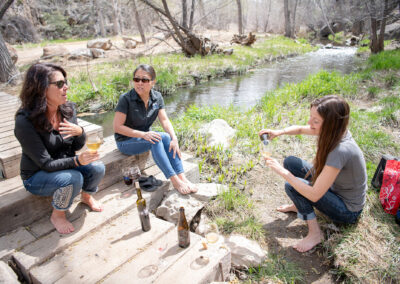 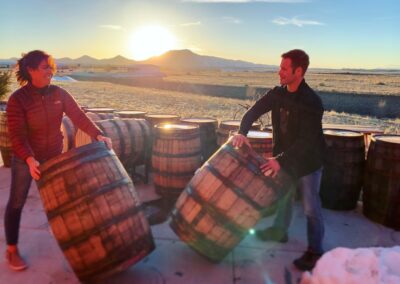 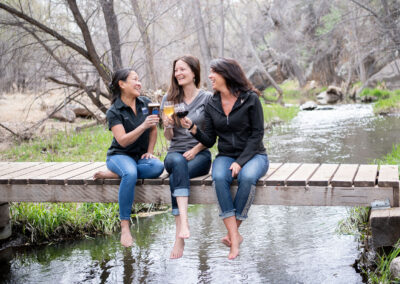 Women in Brewing: Beyond the Glass

If you haven’t heard about the amazing craft beverage scene in Prescott, you would be forgiven for not knowing that many of the leaders in this movement are women. Jennifer Herbert, Audra Yamamoto, and Tierney Schipper Routson make some of the most delicious mead, craft beer, and hard cider in Arizona. These ladies are making waves in the market by harnessing local products, employing sound business ethics, and serving in community organizations to make Prescott a better place to live.

When these women aren’t hiring, firing, and cashing checks, they are fossil hunting, herding tortoises, and racing horses. It seems that their personal lives rival the compelling nature of their businesses. Each of these ladies loves the outdoors, and what better location to live that life than Prescott? Perhaps this is what unites them beyond the liquid bonds of the craft beverage industry. Tierney and her husband, Kanin, also work as botanists and desert tortoise biologists in the Mojave and Sonoran deserts. Audra and her husband, Damon, are fossil hounds who spend weekends camping with their beloved four-legged babies. And, Jen is a competitive endurance horse rider, with Audra as her crew chief, and husband, Jeff happy to watch the kids while she runs and jumps across the West.

The businesses surrounding these women seems distant to outsiders, but once you are indoctrinated as a member, you quickly realize that sharing ideas and techniques are par for the course. From the underground tasting room at Superstition Meadery to the amazing bar at Granite Mountain Brewing, to the beautiful orchards of Stoic Cider, Jen, Audra and Tierney have spent time kicking ideas around and sharing lessons learned over the years. Now they are planning something new.

It is a rare thing to develop a product that no one has ever come up with. Jen, Audra and Tierney have done just that with their pending collaboration. “Perry is a Fickle Mistress” will be the world’s first hopped honey perry-fermented with wine grapes and Trappist yeast. After this crazy drink has wrapped up the fermentation process, it will be aged to perfection in a brandy barrel. Complex will only begin to describe what these ladies have in store for Prescott. After careful consideration of the flavor profiles offered by these ingredients, and choosing items that represent all three businesses, this collaborative effort will unite Superstition Meadery, Granite Mountain Brewing, and Stoic Cider!  Stay tuned for more news on the progression of this collaboration.