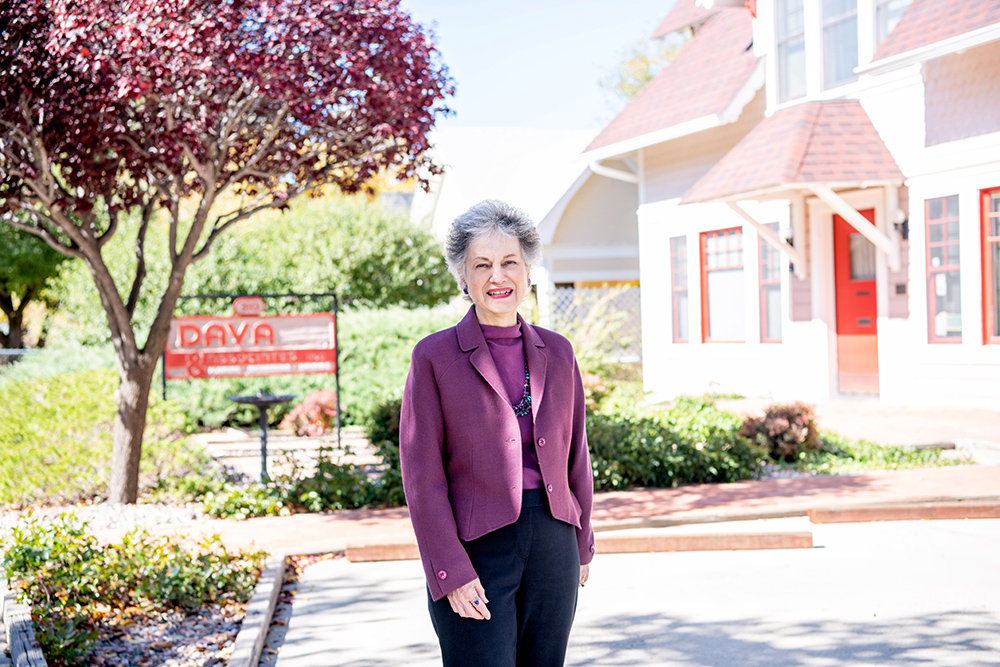 Thanks to a deep connection with downtown Prescott, one local business owner works to nurture everything that makes it special

In fact, 20 years ago, she joined the Prescott Downtown Partnership with hopes of contributing to the area’s well-being.

“The Prescott downtown has been, and continues to be, the economic engine of the entire County,” she said. “I believe the charm which draws visitors and residents alike comes from its ‘human scale’ of small shops, eateries, and lodging, all easily accessible to pedestrians. Prescott’s downtown is also uniquely enhanced by the presence of the County Courthouse and multiple government offices augmented by the professional private sector.”

“Maintaining this attribute has kept the downtown viable for more than 100 years.”

And, the Prescott Downtown Partnership focuses on businesses and events that will continue to enrich the area she loves.

“There is a high energy in the organization that is not often found in many others,” she said. “I personally enjoy being involved with people and organizations that exude positive, active energies.”

Dava knows her stuff: more than four decades ago, she moved to the area when the City of Prescott hired her as the Planning Director.

After a few years, she went into private practice as an Urban and Rural Planning Consultant, and in 1981, she and Civil Engineer Pete Jorgensen launched Dava & Associates, Inc., to additionally offer full civil engineering and land surveying services. In 1984, Dava & Associates, Inc. moved into a historic building on Union Street, which made it easy for Dava to interact with other businesses and local government in the downtown.

She also enjoyed being able to walk from the office to local restaurants for lunch, or to the Plaza for summer concerts or people watching. She enjoyed these experiences so much that she ended up moving into a house that’s walking distance to the Plaza.

Although Dava and Pete have since retired, the company still operates under the leadership of Gordon Bowers, PE, and Bob Fister.

No matter what, she’s always kept her finger on the pulse of downtown Prescott. She’s served on various nonprofit boards including the Chamber of Commerce and the 2020 Forum (which she helped to establish, to conduct community talks about Prescott’s future). She has advised several Prescott General Plan committees, and helped charter Prescott Area Leadership. Currently, she serves on the Sharlot Hall Museum’s Board of Trustees, and she’s involved with the local arts communities.

She feels so grateful to have had the opportunity to live and work in Prescott, and to have also provided consulting services for the people of Prescott Valley, Chino Valley, Dewey-Humboldt and Yavapai County.

“I’ve seen the area blossom and grow,” she said, “and believe we are all one community with common interests that are best served by working together.”