A Fighter from the Start 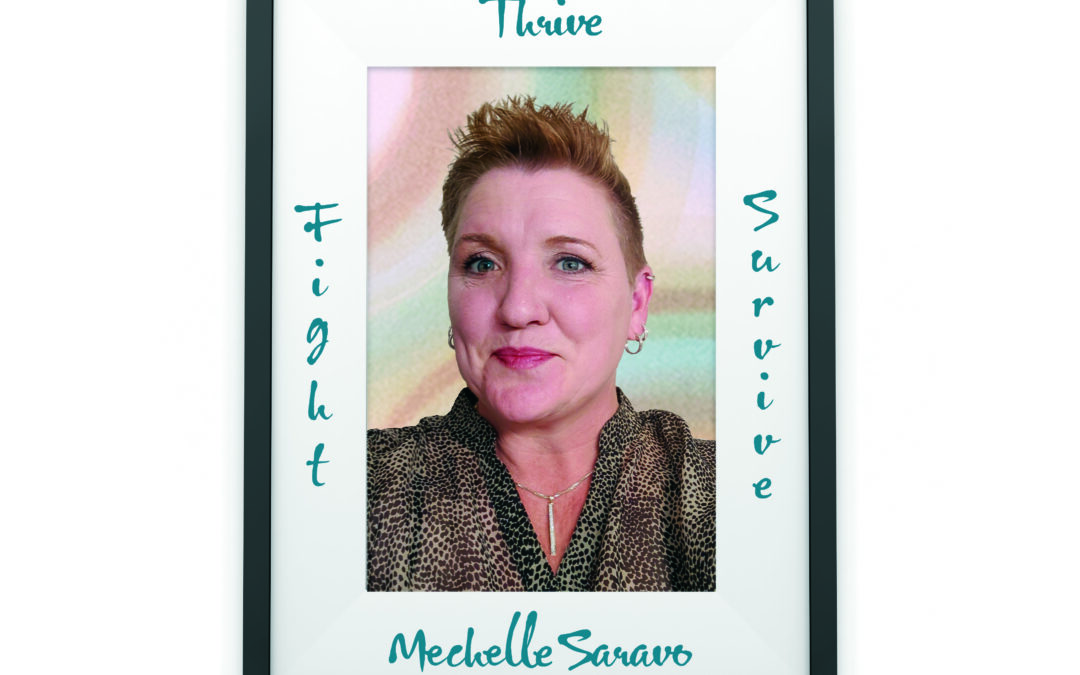 Mechelle’s Story: A Warrior’s Spirit and an Extraordinary Healthcare Team

Mechelle Saravo’s family knew she was a fighter from the start. Born premature, Mechelle required five surgeries on her legs between her third and fourth birthdays. Even with heavy casts on both legs, Mechelle would commando crawl throughout her home in Tucson.

Fast forward 30 years to Mechelle’s home in Kansas. As she was managing motherhood, marriage, and a demanding career, Mechelle was diagnosed with multiple sclerosis (MS). Mechelle’s medical team advised her to mentally prepare for a wheelchair-bound future. Instead, Mechelle opted to train for a triathlon.

“That kind of prognosis can make you feel defeated,” Mechelle said. “But I remember thinking, ‘You don’t know me.’”

Soon people throughout Kansas City and Wichita knew Mechelle, thanks to an article in the local newspaper about the triathlete with MS who completed the grueling race.

“I’ve always had a fighting spirit,” Mechelle said. “I’ve had a lot of health battles in my life, but I have always pulled through. I’ve been a warrior.”

In the spring of 2022, Mechelle faced her toughest health battle yet: breast cancer.

A Sedona resident at that point, Mechelle began researching breast cancer specialists and treatment options. She searched credible online sources, such as Breastcancer.org, and talked to family and friends who had faced breast cancer. She also conferred with her daughters, both physicians, and another family member who is an oncology nurse.

“We chose Dignity Health, Yavapai Regional Medical Group based on the quality of care the Breast Surgery clinic provides and Dr. Smith’s excellent reputation,” Mechelle said. “As soon as I met Dr. Smith, I felt a connection. Her knowledge and how she clearly explained my diagnosis was impressive. I trusted her.”

According to Breast Surgeon LaNette Smith, MD, this is among the greatest compliments the YRMG, Breast Surgery team could receive from a patient.

“Mechelle was faced with a situation that was scary to her, as it would be to all women,” said Dr. Smith. “The fact that she reached outside of her community to seek us out is a compliment to our team.”

“Those are words you never want to hear,” she said. “I’ve been told I’m stoic, but this was very emotional. I said, ‘Let’s go get it.’”

Dr. Smith and Mechelle weighed her treatment options, risk factors and potential outcomes related to a lumpectomy, single mastectomy or double mastectomy. Mechelle’s low score on the Oncotype DX Breast Recurrence Test – which measures the chances of breast cancer recurrence – indicated she did not need chemotherapy. The treatment plan developed by Dr. Smith and Mechelle included surgery and radiation therapy to be followed by five years of hormone therapy (an estrogen blocker medication).

Mechelle called the collaborative process empowering and said it helped her make good decisions for her long-term health.

“People can become very fear driven when they hear they have cancer,” she said. “It’s important to have your mind in the right place to fight cancer.”

“There are so many aspects to life,” she said, “and we want our patients to enjoy them all. Yes, breast cancer is an episode, a part of their lives, but afterwards, go thrive and flourish. This is what our team wants for all of our patients.”