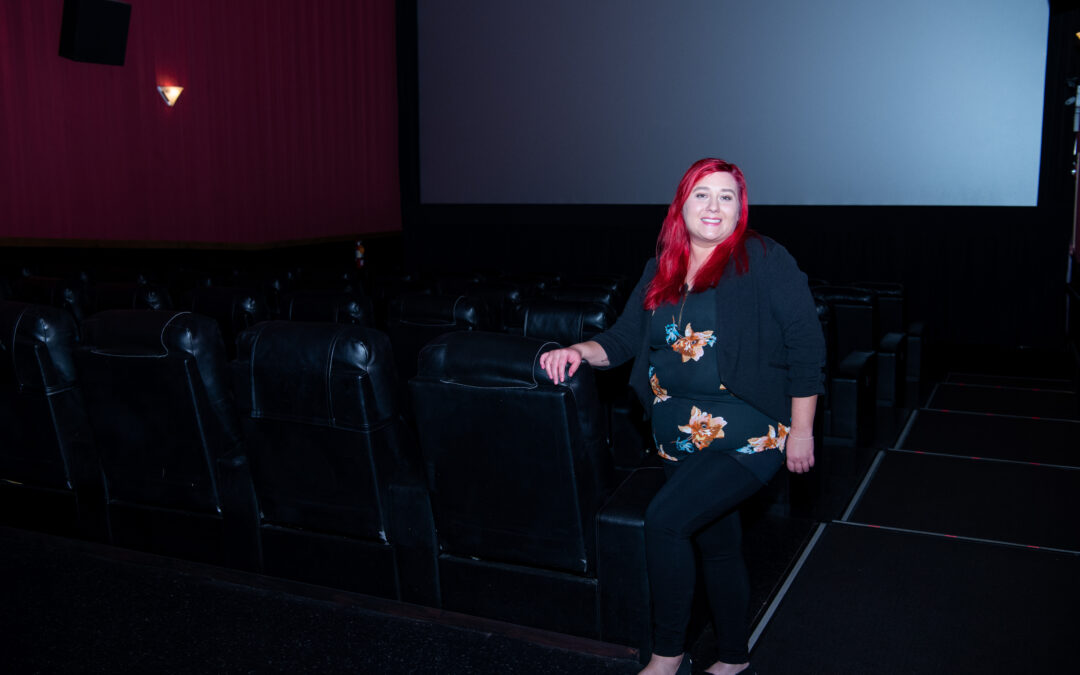 Every day, we interact with people and don’t think twice about who they really are … from the bagger at the grocery store checkout to the barista that just handed you a lifeline to the rest of your day,  what about the people behind the scenes?

Gabrielle Williams is one of those behind-the-scenes people who quietly put the pieces together to (quite literally) run the show. She’s the General Manager of Prescott’s Picture Show movie theater and has been with the company for six years now.

Gabrielle’s position at the theater grew into a career she never expected. She was able to transition naturally from the assistant manager position right into her position as General Manager.

“I think the thing that has surprised and fulfilled me most is how natural that transition was,” Gabrielle shares. “I fit right in!”

As she’s grown with the company, so has her love for what she does. She describes Picture Show Entertainment as a company that values her input and has owner involvement, which can be rare to find in a corporation these days. She says that they hold the same small-town values that the people of Prescott hold.

“Picture Show is the best small corporation to work for because just as Prescott cares, so does Picture Show and the individuals involved.”

Gabrielle says her favorite part of working at the theater is watching kids earn their first jobs. “It is so rewarding to see kids get their first job here, earn the experience, and go on to do things like nursing school and college – and I get to write those recommendations for them!”

From the time she was a movie-loving kid to her current role as Picture Show’s General Manager, the love Gabrielle has for the people of Prescott and for the corporation she gets to work for is so evident. They go hand-in-hand, and Gabrielle loves to be behind the scenes, watching it all unfold.