Head up to the cool country for Flagstaff Blues & Brews 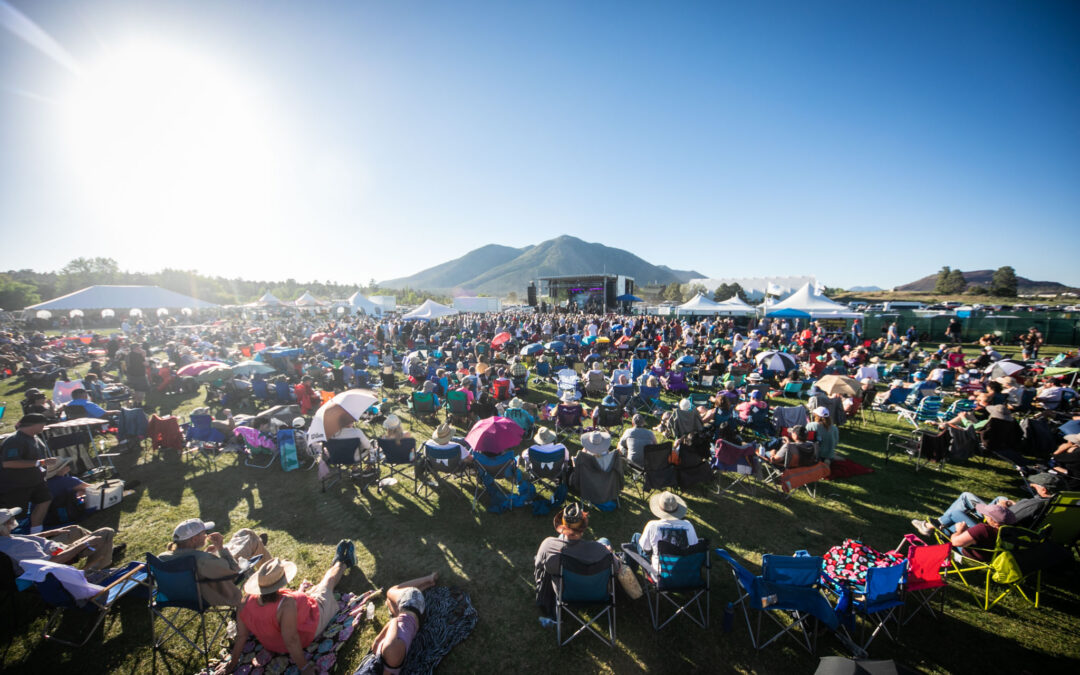 There’s no cooler place to hang out during Arizona’s hot, dry month of June than 7,000 feet high in Flagstaff. Add two days of eclectic blues music, a tasty variety of beers and a wide expanse of green grass, and you get perfection with the Flagstaff Blues & Brews Music Festival.

This year Peak Events has snagged legendary Taj Mahal to headline the festival. With six decades of world music, he earned his third Grammy in 2017. It was her dream to get Taj, said Jennifer Grogan, festival organizer and Peak Events owner. She’s also thrilled to land up-and-coming 21-year-old Christone “Kingfish” Ingram to the lineup. His 2019 debut album already produced a Grammy nom.

Other performers hail from all over the country. Two make Arizona their home, including Prescott’s own Sir Harrison after numerous fans requested more of his native blues and funk. “The amount who want to play our festival is overwhelming,” she said, so it’s hard to narrow them down to 10 annually.

The festival is now the largest in Arizona. It began in 2013 with about 1,500 fans, expanding last year to two days and 8,000 attendees with a sold-out Saturday.

“It’s just a really relaxed atmosphere,” Grogan said of the concert venue at the Continental Driving Range. “Folks set up their spot and don’t move all day.” Temperatures usually hover in the low 80s. Extra shade tents are spread out across the grounds for those who don’t bring their own, since the festival takes place on a treeless golf course driving range. A kids play area features everything from bubble wands to hula hoops to keep the young ones entertained. Food, arts and crafts, and festival merch are for sale.

Grogan recalls rolling her eyes when her blues-loving mother and company founder Debbi suggested starting a blues festival in their hometown. They had been organizing an annual Oktoberfest, but had no experience with a music festival. After five years of planning and organizing, it became a reality. Grogan lost her mother less than a year before the festival expanded in 2019, but Grogan carried on.

“It definitely came from a love of blues and festivals,” she said.

Her mother also hatched the idea of supporting budding local musicians with a good chunk of the festival proceeds.

“It was Mom’s dream that if a child wants to learn a musical instrument, they should be able to do so,” Grogan related. This year the money will go towards Flagstaff Unified School District grants that teachers will apply for. Who knows, maybe one of these young local musicians will grace the Flagstaff Blues & Brews Festival stage someday.

Where: Continental Driving Range in Flagstaff