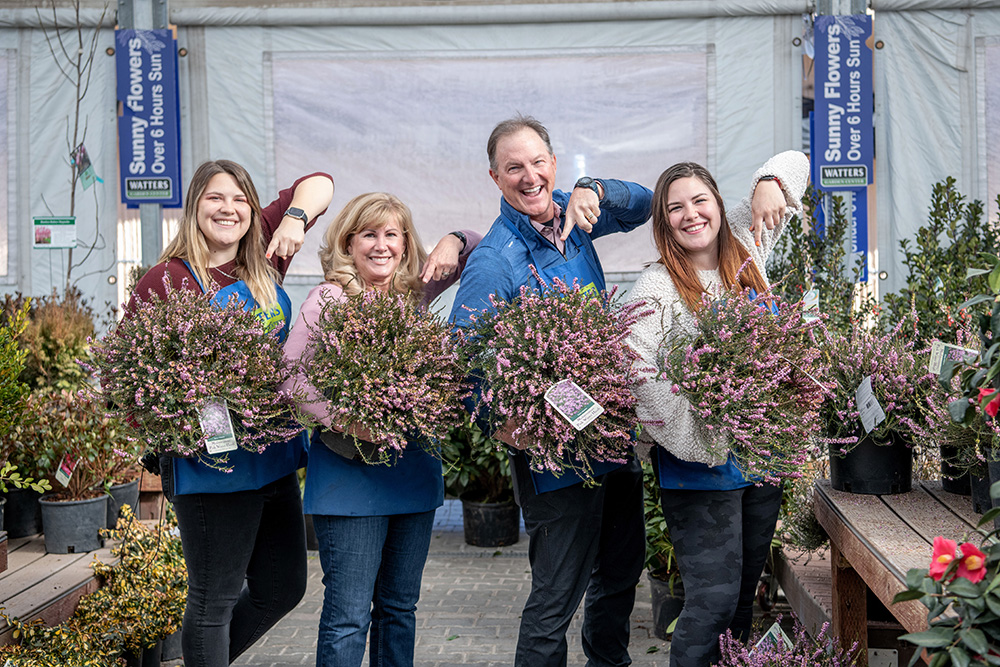 Lisa Watters-Lain grew up at Watters Garden Center. Opened just two years before she was born, the center celebrates its 60th anniversary this spring.

The girls’ parents, Harold and Lorna Watters, opened the original store in 1962, and the business has blossomed and flourished ever since … all thanks to the organization’s paramount value: family.

“I learned that from my parents,” Lisa said. “They just cared … we brought that into the business as we took it over.”

Lisa and her husband Ken Lain bought the business in 2002 and said they have worked to cultivate that sense of family amongst all the Watters Garden Center employees, and the customers, too.

Harold, who passed away in February, married Lorna in 1955 in Wellington, Ohio. They moved to Prescott and opened Watters Garden Center on Miller Valley Road.

By 1965, it quickly outgrew its original Miller Valley Road location, and the Watterses moved it to a spot on Plaza Drive. In 1983, it moved again, to its current location on Iron Springs Road.

“We had fun,” Lisa said of her time growing up at the garden center. “We also worked. We all started out as waterers. That was probably more to keep us busy. We ran the registers and did whatever needed to be done.”

As teens, the Watters girls spread their wings and got other jobs (Lisa worked at Taco Bell).

Like typical teenagers, Lisa said, the girls weren’t interested in working at Watters; they figured the grass was greener somewhere else.

“When you grow up with it,” she said of the family business, “you don’t realize how special it is.”

Lisa graduated from Prescott High School and attended Arizona State University, where she earned a special education degree. She and Ken met during their college years, when they were both part of the same choir. They married in 1987 and moved to California. Lisa started teaching, and Ken put his business management degree to use (just before they moved to Prescott, he was the director of marketing at Equifax).

When they started having children, Lisa and Ken knew they wanted to be close to family.

“We liked the influence of aunts, uncles, and cousins,” Ken said, “and you have to be close to get that.”

In 1992, they moved back to Prescott, and both began working at Watters Garden Center (Ken joked that he tried to get hired on there as a high schooler, and Lisa’s dad wouldn’t hire him).

Ken worked full-time, and Lisa worked part-time, loving the flexibility of being able to take her kids to school, pick them up, and attend their sporting events and extracurricular activities.

In 1995, twins Meghan and McKenzie were born, joining older brother and sister James and Katelyn.

Just as Lisa and her sisters did, the newest generation of kids grew up spending spare time at the garden center.

“We played on the dirt piles, we played in the plants,” McKenzie said. “We watered sometimes.”

When Ken and Lisa bought the business in 2002, they decided to split the duties. As general manager, Lisa runs the day-to-day operations while Ken takes care of back-end details like marketing, payroll, and taxes.

Neither Meghan nor McKenzie originally planned to work in the family business. After high school, Meghan moved to Texas to live with her brother and earn certification as an aesthetician. McKenzie earned her master’s degree in marriage and family therapy. Just as they were both getting started with their new careers, Covid hit. They came home to Prescott and began working at Watters Garden Center.

“I’m definitely enjoying the family aspect,” Meghan said. “We all get along pretty well.”

“I fell in love with the business,” McKenzie said. Plus, coming most recently from Pasadena, California, she’s enjoying Prescott’s small-town feel.

Now, they’re both considering taking the helm when their parents retire (Meghan said she’s still in exploratory mode, while McKenzie is pretty certain business ownership is in her future).

While the family business’s core values have remained the same over time, the way they do business has changed. For example, Harold and Lorna took out ads in the newspaper regularly, while Ken and Lisa have moved their marketing to a digital format. Now, as Meghan and McKenzie consider their roles in the business, they bring a fresh perspective.

The Family You Choose

Tommy Shultz, head of maintenance at the garden center, is heading into his sixth year there. A retired builder, he applied at Watters because he wanted to keep busy. Although he didn’t know ahead of time how great the experience would be, he said, “I’m very, very happy here. [The Lains] care about their employees. They take good care of their employees. And the greatest group of people work here. It’s unreal.”

Michele Hyatt, color manager and six-year Watters employee, said she loves the “team feel” of working at Watters. “We’re not individuals. Everyone depends on the team to get things done.”

Huyler Chinnock, who works on special projects, said he loves the way the team comes together to brainstorm and problem-solve. “We all work together,” he said. When they’re building something new and run into problems, it’s all hands on deck to find solutions.

Manager Amy Langley, who’s been with Watters six years, said the Watters staff “really does feel like a family.”

When the pandemic hit and Watters stayed open, for example, employees created a supply closet and stocked it with essentials like paper towels, toilet paper, sugar, flour, and food, and employees took what they needed and shared what they could. When an employee broke her hip, the others brought her food and helped to take care of her.

Lisa loves hearing from customers who once shopped at Watters Garden Center’s original location, and who remember when her parents ran the place.

Although Ken and Lisa are not quite ready to retire, Ken said he looks forward to passing the baton one day.

“They’ll run with the baton,” Ken said, “and we’ll be here supporting them, helping them, cheering them on.”

Speaking to Meghan and McKenzie, Lisa said, “I’ll come in and water for you. I’ll be the best waterer you’ve ever had.”

“Every day we come to work and want to make [Harold] proud,” Ken said. “In that way, it’s more than just a business.” 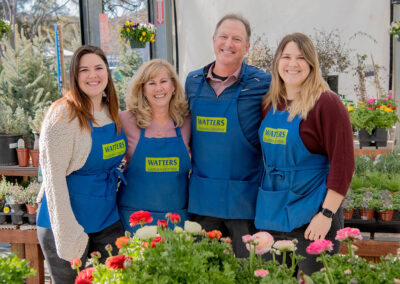 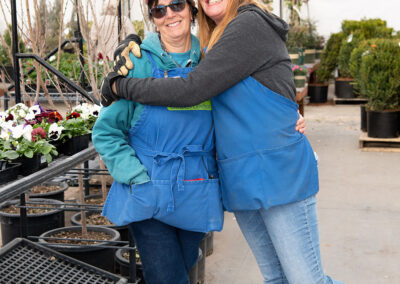 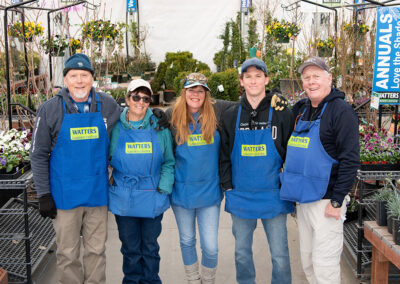 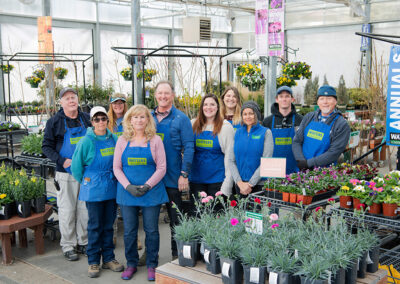 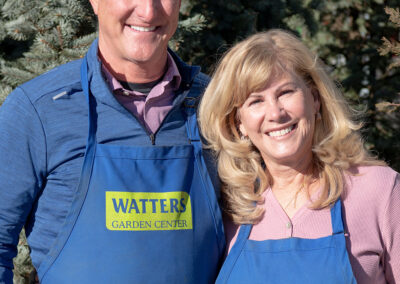 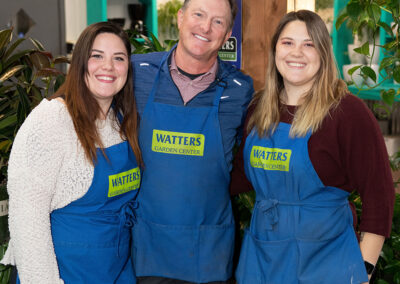 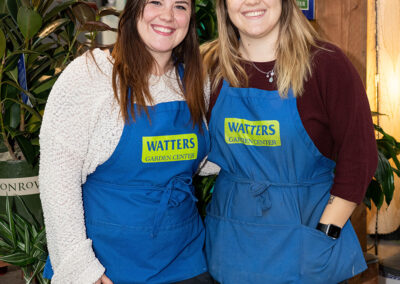 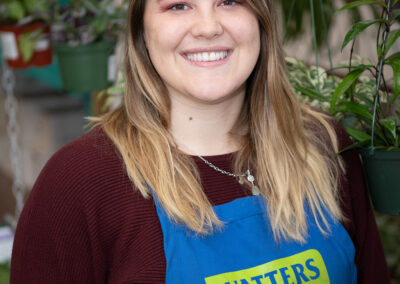 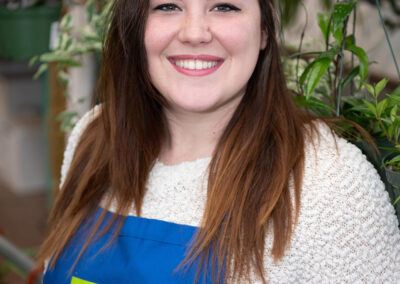 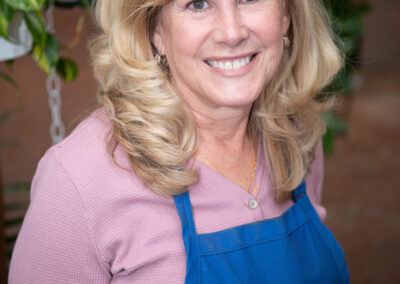 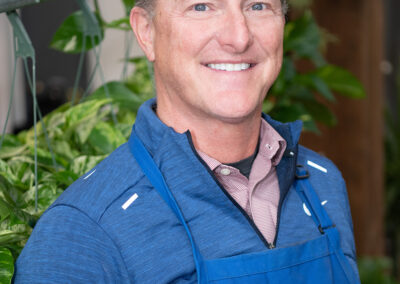 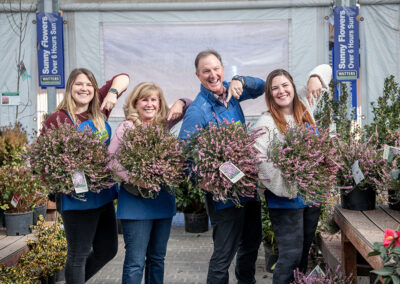 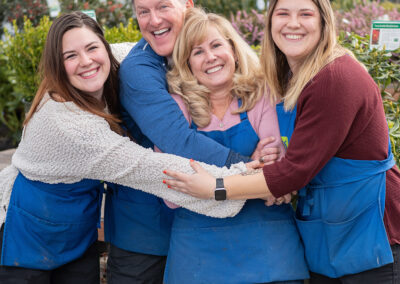 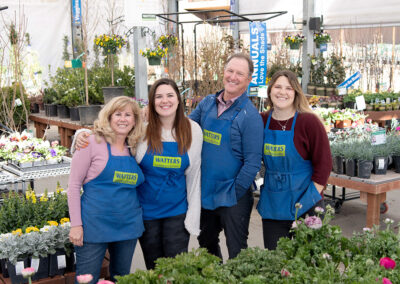 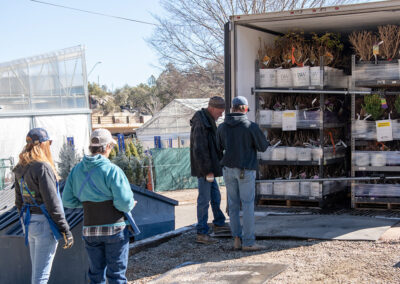 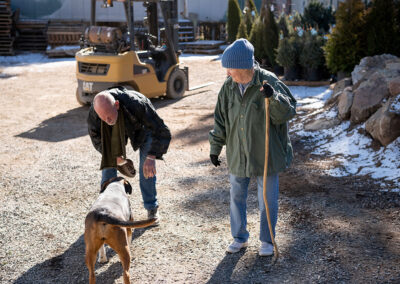 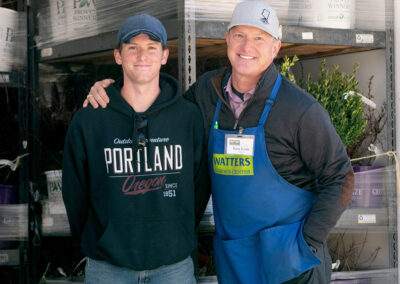 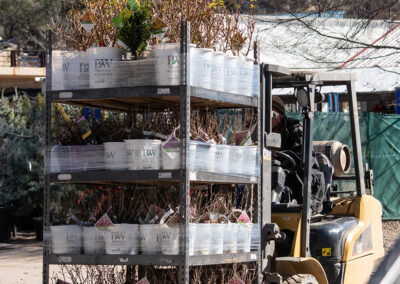 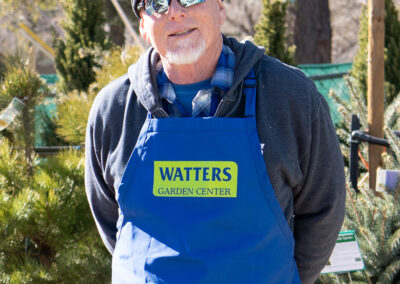 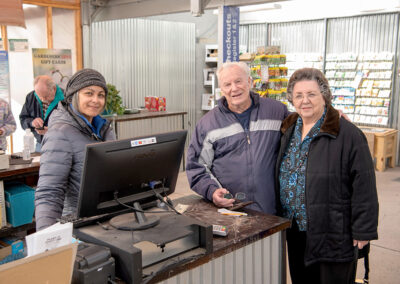