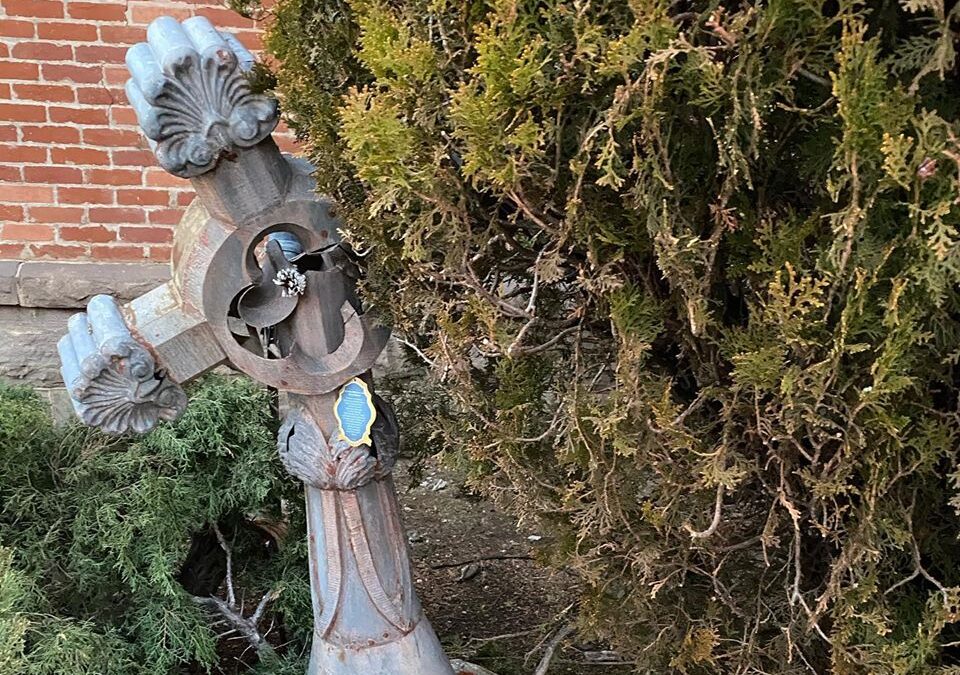 By Tina Blake, Development Director, Prescott Center for the Arts

Prescott Center for the Arts (PCA) brings history alive; not only through classical theatrical performances and art shows but also with the architecture of its beautiful building.  It is part of who PCA has been, who they are, and where they are going.

The original Sacred Heart Church in downtown Prescott, which is more than 125 years old, houses the PCA Mainstage Theatre and Art Gallery complex. Construction on the church began in 1891, and the first service was held there in 1895.

The altar was situated in what is now the center of the stage, and the confessional was located in the area of the current ladies’ restroom. If you have had the pleasure of being in the PCA Mainstage you can hear the wonderful acoustics from the magnificent high ceilings.

During the late 1960s, a grassroots group of performers used the church to present plays. In 1967, the church was purchased by Norma Hazeltine, who then donated it to the Prescott Fine Arts Association (PFAA) as a full-time performing arts facility (PFAA was formally chartered as a non-profit organization in 1968). After extensive remodeling, PFAA held its Grand Opening in August 1970. In 2011, PFAA officially changed its name to Prescott Center for the Arts.

During a storm in the fall of 2019, PCA lost a treasure of history: the spire cross off the Mainstage building. It was yet another reiteration of the need to upgrade and maintain this historical treasure. PCA, as part of a long-range strategic plan, seeks to expand its performance, rehearsal, and storage space, and address key deferred maintenance issues to improve its ability to serve the arts community in the quad-city area with the Setting the Stage Capital Campaign. This effort will be the first new construction for the Center in nearly 40 years.

The historic church building and attached rectory, which house the Mainstage theater and central offices, are in desperate need of repairs. Although the internal structures of both buildings are sound, the buildings now need external brick stabilization and repair and sealing of mortar. Lighting is decades old and needs to be updated to more modern and energy-efficient technology. Finally, there are plumbing and HVAC issues in the art gallery that are a constant drain on the annual maintenance budget.

In addition, money raised during the Setting the Stage Capital Campaign will be used to build a new 6,950 square-foot Prescott Center Theater, Studio and Gallery with a larger second stage, along with rehearsal space, dressing rooms, storage, and administrative space, and a street-accessible box office. The new facilities are located just south of the current facilities on property already owned by the Center.

The additional building and upgrades to the historic Mainstage will enable PCA to increase both its offerings and revenue to ensure that it remains economically healthy and can continue to grow its artistic contributions to Prescott, especially for local youth.

Visit www.pca-az.net or call 928.445.3286 for additional information on purchasing tickets, hours of operation, and contribution opportunities.