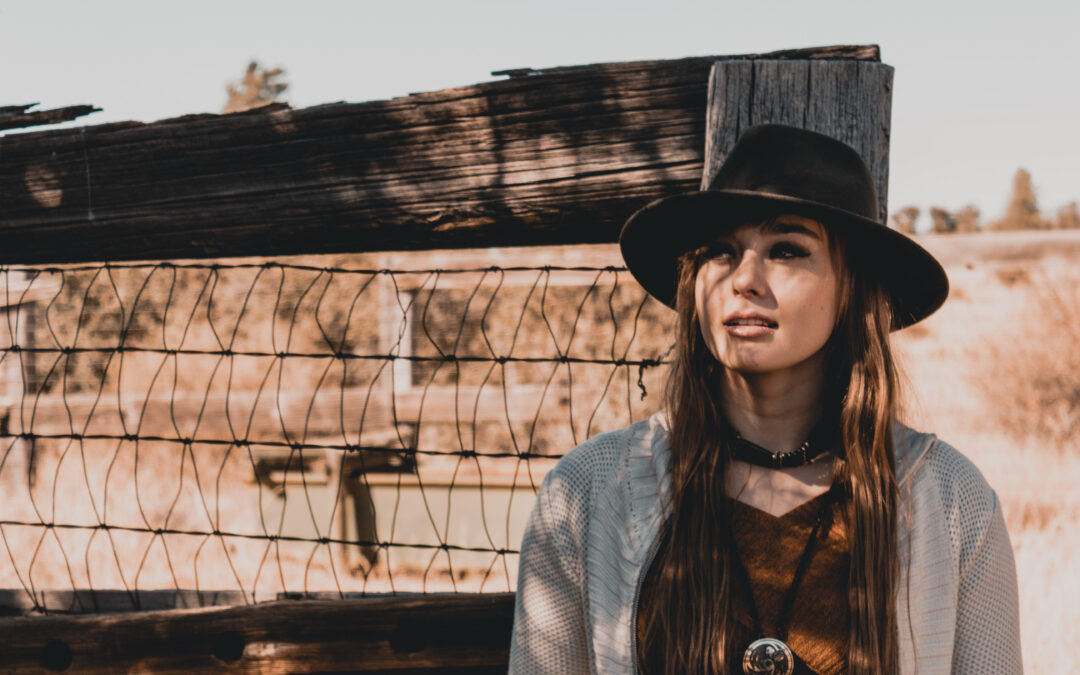 Meet Madison Roe, a Prescottonian who is also a rising star in the Indie-Pop/Alternative-Rock world.

The very first prophetic article written about her said: ”Madison is a rare treasure, worth seeking out & discovering…” and, “This young blonde-haired, blued-eyed rising star, with that smoky, velvety voice to fall in love with, is destined to grow her music & career far beyond the shores of Hawaii.”

Now twenty-one, Madison Roe—who was born in Prescott and lived here through her first year of middle school—is a solo artist with music playing worldwide. While she’s usually accompanied by her backup alternative rock band and plays electric and acoustic guitar and ukulele, her true star power originates from her beautiful, unique, smoky vocals, which have just the right amount of rasp and magic to make her a true standout in today’s music world.

Madison Roe’s exploding music career began at the young age of just 13, halfway across the Pacific ocean, on the beautiful paradise island of Kauai, Hawaii, where she was lucky enough to spend her teen years.

First known and written up as “The 13-Year-Old North Shore Musical Prodigy” in Kauai, Hawaii’s main local newspaper, many media articles have since been written about Madison in multiple islands and worldwide publications.

These independent endorsements alone, continually brought growing audiences to see Madison, in her younger years, at many exclusive, top-rated Kauai venues like The St. Regis Resort, Kauai Beach Resort, The Sheraton and The Hyatt where she had residencies. This is where her foundational fanbase first discovered her.

As a child prodigy, Madison Roe released her very first album in 2012, at age of 13, and followed up with a second album at just 15 years old. With songs from those first albums still playing worldwide, along with many of her songs written since then, this is really just the beginning of what will be a long-lasting career, as Madison Roe’s worldwide fanbase and her discography continue to grow.

It’s been written that Madison Roe reflects the rich tone and dynamics of Adele, the soul of Amy Winehouse and the rock edge of Pink, with the youthful charisma and genius of her contemporary, Lorde.

Madison’s talents and rich songwriting abilities have been compared to current artists such as Adele, Hozier, James Bay, Ed Sheeran, and John Mayer. It’s also been said that the quality of her sound and style compare to those of iconic artists like Jeff Buckley, Red Hot Chili Peppers, Coldplay and Sound Garden, with hints detected of Tom Petty, Fleetwood Mac, and The Eagles. These are all artists and bands from the past and present that Madison Roe has grown up listening to and loves.

As a songwriter, Madison Roe’s mature lyrics have a hint of the poetic genius and quality storytelling styles found in the works of Leonard Cohen and Bob Dylan. Madison weaves original, rich, social-commentary lyrics throughout her songs to create a thread of stories that interact subtly with each other, and yet each of her songs stands strongly on their own.

Her retro-throwback sound and original writings and analog-foundation productions show the influence of her love of past iconic artists and bands from the 70s and 90s. Yet, all of her songs are also tastefully infused with contemporary inner Pop layers to please a wide audience from multiple generations.

Madison Roe’s one-of-a-kind sound leaves her growing fanbase looking forward to more. With many new projects in the works, including two new singles with Grammy Award-winning producer Jeff Blue (who discovered Linkin Park and Macy Gray), and her “dream collaboration” with multi-platinum producer B. Howard, she’ll be releasing several new projects in 2020.

Though Madison is known for growing up and establishing her music career in Hawaii, Madison Roe does have a strong Prescott connection. She’s part of a Prescott family that goes back several generations on both sides of her family, and she’s always considered Prescott her home here on the Mainland. Now, it’s her primary home base, while she travels and tours around the U.S.

Learn more about Madison at www.madisonroe.com. Find her on Instagram at @madisonroeofficial, and on Spotify at Madison Roe and Facebook at MadisonRoe.

Sponsorships: Madison Roe has sponsorships with several companies including the following:

(Introduced to Kala by her friend Demian Arriaga, drummer for The Jonas Bros.)

(Introduced to Fano by her friend, Jared Scharff, lead guitarist for SNL.