Opening the World to Tomorrow’s Leaders 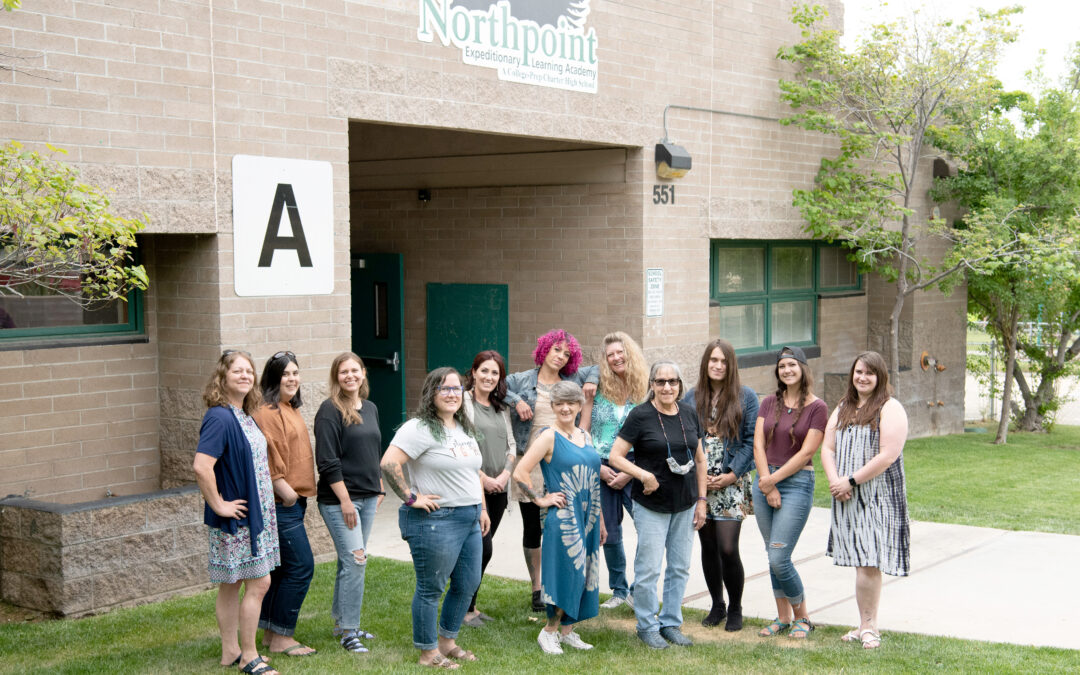 Northpoint Expeditionary Learning Academy focuses on turning out students who can think for themselves, be good to each other, and change the world

Today’s students are the world’s next conscientious decision-makers. That’s why the Expeditionary Learning model is all about getting them to think for themselves, and to realize that people are so much more alike than they are different.

Melissa Wagoner, Director of Northpoint Expeditionary Learning Academy in Prescott, explained during a recent interview that the school, which serves students in grades seven through twelve, uses an educational methodology that includes active pedagogy. The point: to get students up and actively engaged in their education, rather than making them passive recipients of knowledge.

Using an expeditionary-style format featuring thematic units that explore topics from multiple perspectives, she said, “We get kids to come to their own opinion. It’s not pushing an agenda so much as it is opening the world to them.”

For example, one of the longest-lasting expeditions at Northpoint is on immigration at the Arizona-Mexico border. Teachers take students out into the field to learn from the experts: judges, prosecutors, and defense attorneys in the streamline immigration court; people running humanitarian groups; and more. Teachers adjust the expeditions over time, to align with what’s going on in the world.

The expeditionary method of teaching, Melissa said, “attracts maverick [educators], those who think, ‘I don’t necessarily fit in all the boxes; I want to create the box I live in.’”

“Our teachers design the curriculum,” she said. “It’s based on Arizona standards, but we don’t want to miss the current things that are happening. We look at the depth rather than the breadth of everything that can be studied.”

Rather than shying away from controversy, educators at Northpoint enjoy facilitating conversations between disagreeing parties. This, Melissa said, helps students to see that “we should be able to disagree and still be good humans to each other.”

“The biggest standout,” Melissa said, is that what people once referred to as soft skills—resilience, project management, persistence, perseverance—have now become twenty-first-century skills, and they’re extremely important at Northpoint.”

“We hope to create stronger, more adaptable humans on the planet,” she said.

In 2005, Melissa, then an English teacher at Prescott High School, thought she had one foot out the door in education.

The public-school bureaucracy was weighing her down. “I was on the path of deciding that teaching might not be for me. I just wanted to take the kids to the zoo on a Saturday.”

She’d just finished a paper on Expeditionary Learning for her master’s degree in 2005 when another staff member approached her about joining a team of educators in starting a new school.

“I thought I had one foot out,” she said, “but I really just stepped one foot into a new adventure.”

And as an educator, that adventure is working out well.

Northpoint opened in 2006 and was part of the Prescott Unified School District until 2010 when it became a charter school. It’s now home to 27 staff members and about 165 students. Each school year begins with a weeklong wilderness expedition, which serves as a metaphor for academics and life, and builds a sense of community. The school offers clubs and sports to meet student interest.

For more information, visit www.northpointacademy.org or call 928.717.3272. Students interested in attending can fill out an enrollment form online; some grades have a waiting list.