Promoting Her Team Everywhere and Anywhere 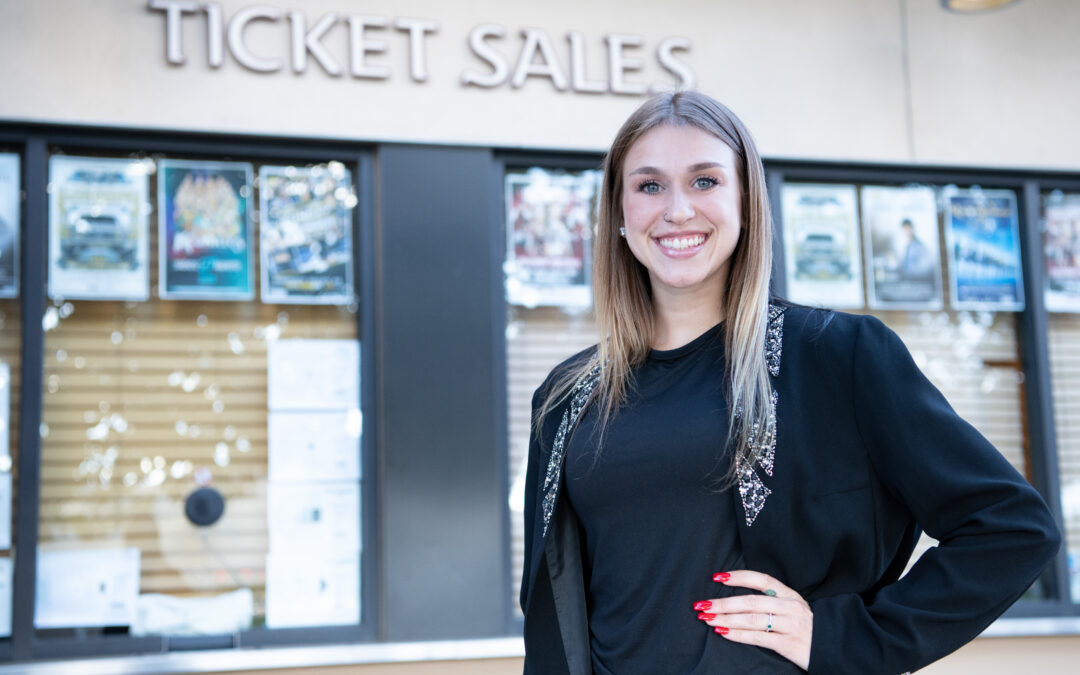 The Wranglers flipped fortunes from a 1-13 record during last year’s inaugural season to a 14-4 record this year, clinching the Indoor Football League Western Conference Championship and earning a trip to the national championship game by press time. The team boasted a 9-0 record at its Prescott Valley home field.

It’s no surprise its fan base is rapidly expanding.

Kat is taking advantage of the team’s success to promote the team everywhere and anywhere.

“I’ve been working so hard to get the word out,” Kat said. “I enjoy getting things done.”

That’s a good thing, because Kat’s responsibilities for each home game include finding halftime entertainment, inviting ROTC Color Guards to present flag colors, auditioning and choosing National Anthem singers, picking nonprofits that receive a portion of ticket sales and 50/50 raffle proceeds, and setting up backups for each of these organizations just in case. That’s on top of organizing ticket giveaway events, group ticket promotions and ticket distributions.

“She’s very outgoing–and you’ve got to have an outgoing personality in this business,” observed Wranglers President Trey Medlock.

Despite being only 23 years old when she took her position a year ago, Kat’s potential was obvious to the team managers, who’d observed her enthusiasm as a Mustangs Dance Team member during home games. They gave her quite a bit of autonomy and responsibilities as the new ticket director … a position she took with the caveat that she could stay on the dance team.

An Arizona Native, Kat moved to Texas in fifth grade, performed with the high school drill team in football-crazy Plano, then studied dance and movement at Texas Tech while performing in two Lubbock dance companies. She moved to Prescott Valley in 2020, joined the Mustangs Dance Team in 2021 under coach Lexe Niekamp, then became a dance instructor at Lessons by Lexe.

Kat also teams up with the Prescott Valley Economic Development Foundation. “It’s important to partner and see how we can reach out to the community,” Kat explained.

“At first, I felt overwhelmed” by all the duties, Kat said. But she quickly found her rhythm. “Sometimes it just feels awesome because things go so smoothly,” she says. “And it’s just fun being out in the community.”

The community has responded enthusiastically. “We’ve been doing our touchdown dance a lot this year!” Kat says of the dance team, energizing fans to celebrate too. No doubt they all helped inspire the team to its championship.