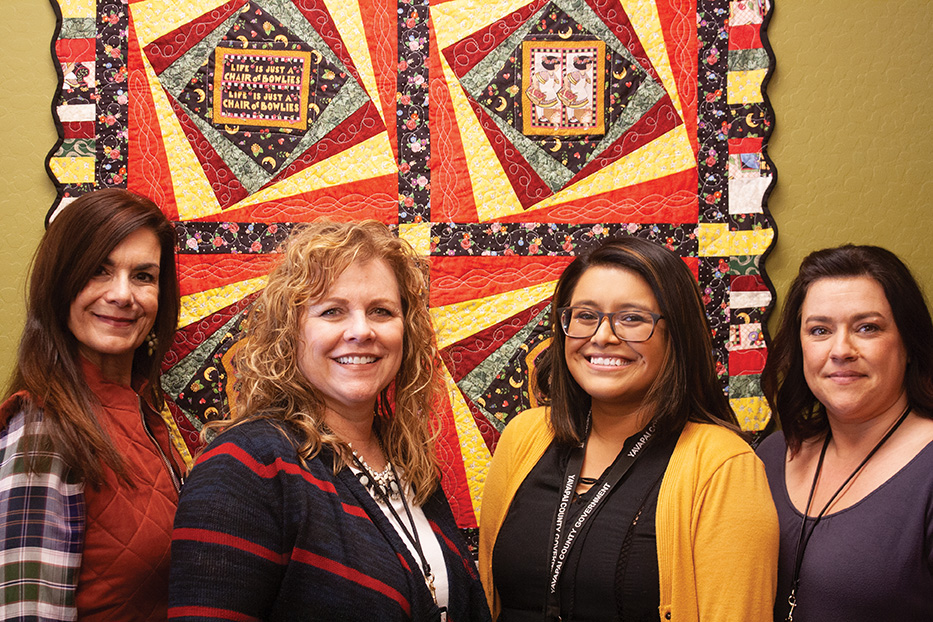 A CASA Volunteer is an Advocate for Children’s Needs, Providing Stability During an Otherwise Tumultuous Experience

For children in foster care, the system can often create a tumultuous experience, full of emotion and confusion. But when this heaviness seems overpowering, there is hope. This hope comes in many forms, but one of the brightest forms of hope can be in a Court Appointed Special Advocate (CASA).

A CASA is a volunteer who advocates for a child while he or she is in the foster care system. This role can be so vital to the child because along with the hope that things will get better, a CASA may just be the one constant adult in the child’s life during the time they are in out-of-home care.

For those reasons, CASA has become very close to program manager Quinci Castleberry’s heart. Quinci became a CASA in 2012 and a year later, knowing she wanted to be involved with CASA in a more permanent role, she began working in the office.  In 2015, she became the program manager and has been working in this capacity ever since.

“My ‘Aha! moment’ happened as I began to train our volunteers (the boots on the ground, we fondly refer to them as) to advocate for the kids.” Quinci said.

She tries to stress to each advocate that “it is always about the kids.”

That motto, along with support from her staff in the CASA office and Dependency Court Judge Anna Young, make it possible to continually show up for the kids in the system. As each piece of the puzzle fits back together, advocates and others involved with CASA get to witness families being reunited and kids returning to safer and more stable environments.

“It is such a good feeling,” Quinci said.

Currently, there are about 400 children in care, and only 65 CASAs. Quinci says the program is always looking for more advocates so more children can be served. CASAs spend about 15 to 20 hours a month with their CASA child and working on the case.  They assist in acquiring resources for the child they serve and are a voice for that child in the court and foster system.

A CASA may help in arranging tutoring for a child or securing grant funds so the child can participate in an extracurricular activity. Because of his or her unique relationship with the child, a CASA volunteer is good at identifying those needs. A CASA is the one dedicated person, always working on the child’s behalf, identifying needs and advocating to fill them. On average, children spend 18 to 24 months in foster care, so a CASA volunteer can expect to commit that amount of time to the child.

“We need more caring adults, even husband-and-wife teams, who are willing to set aside their opinions about the foster care system and care for the children in it. Again, it is always, always about the child.” Quinci said.

Her love and care for the kids, the volunteers and for her role with CASA is apparent in the way Quinci speaks about each component. She makes it so evident that each piece has to work together, and keep the child at the heart of every matter.

“The court may make a call that we don’t understand in the moment or even disagree with, but we have to remember that the child’s best interest is always at heart. When we remember that, that’s when we see the miracles, children are safe and the families put back together.”

For more information on CASA or to become a volunteer you can reach out to Quinci Castleberry at 928.777.7900 or visit www.CASAofYavapaiCounty.org