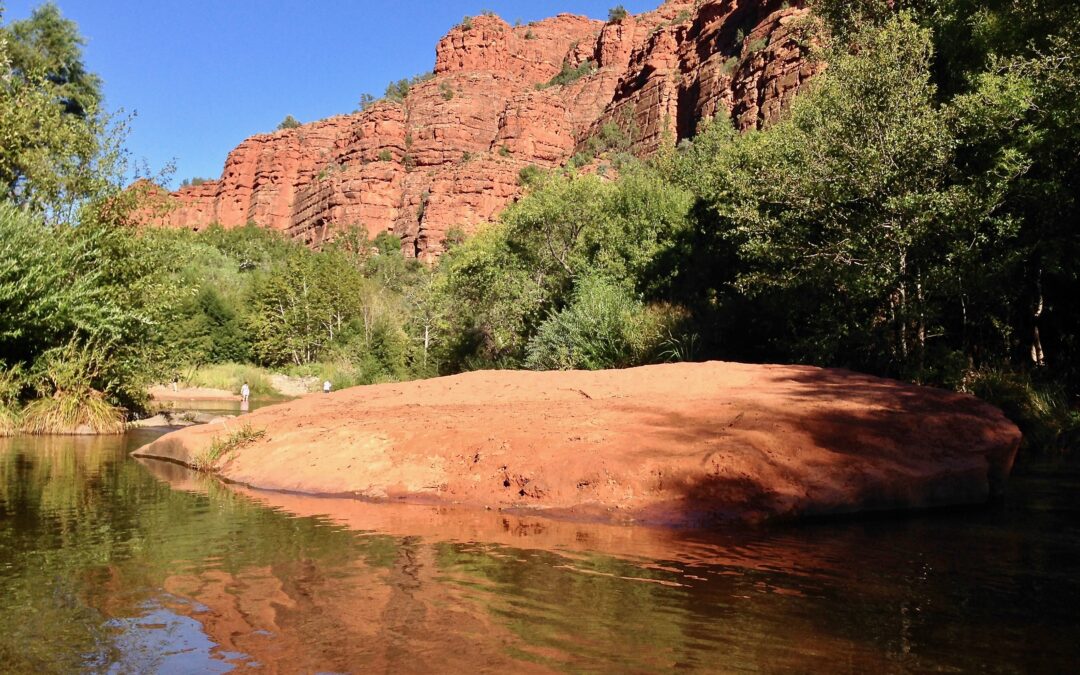 About the time that June’s scorching sunrays hit Prescott each year, locals are longing for a plunge into nature’s cool waters. But what to do, since the creeks are too low and officials from the City of Prescott and Prescott National Forest ban swimming in all the surrounding lakes?

Luckily, the Verde River and its tributaries provide respite within about an hour’s drive. Most of the public access points are located in the Verde Valley and Sedona.

If you’re seeking the perfect combination of natural beauty and cool flowing waters, the iconic Red Rock Crossing is hard to beat.

“It’s one of the most beautiful spots in Sedona,” agreed Brady Smith, public affairs officer on the Coconino National Forest where Red Rock Crossing is located.

“A lot of people go to take a picture,” added Tori Marshall, an education coordinator for the Arizona Natural History Association who volunteers at the forest’s Red Rock Ranger District Visitor Center. “They want that quintessential view.”

At sunset, the 270-million-year-old sandstone butte aptly named Cathedral Rock emits an especially ethereal crimson glow, with a bonus reflection in Oak Creek near the spot where a vehicle crossing existed before floodwaters washed it away. The rocks gain their glorious red hues from the layers of sediment that contain hematite, aka iron oxide.

The view of Cathedral Rock next to Oak Creek is so incredibly stunning that Red Rock Crossing was chosen as the subject of Arizona’s official 2012 centennial U.S. stamp. Yavapai County can be proud of this honor since Red Rock Crossing is located just inside its northeast boundary.

To make sure you get a parking spot near Red Rock Crossing during the busy summer months, it’s best to arrive before 9 a.m. on weekends. Surprisingly, even when the parking lots are nearly full, it doesn’t feel crowded if you just walk upstream to the series of swimming holes ending at Buddha Beach or wade to the less-used side of the creek.

Buddha Beach is named for the rock cairns that people randomly stack there. The Forest Service asks people not to do it because removing rocks from their natural location leads to erosion, but it’s organically evolved into a popular pastime.

So has visiting Cathedral Rock and Red Rock Crossing for their reputation as a vortex area. Since most of the believed vortexes are located on the Coconino National Forest, the Forest Service even discusses them in its literature.

“Vortexes are believed by some to be energy sites that enhance meditation, healing and creativity,” the Forest Service’s Red Rock Recreation Guide states.

Whether you believe in vortexes or not, Red Rock Crossing is surely a magical place.