Step Up for Kids 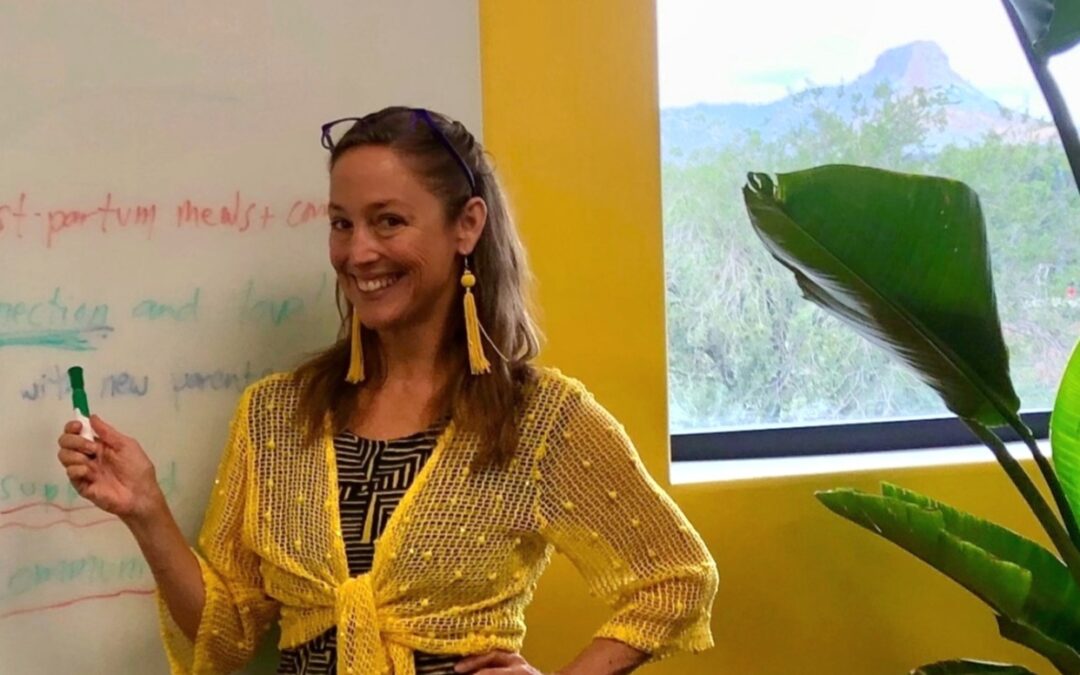 You know those uniquely painted, well-used stepstools stashed under the restroom sinks of local businesses?

“That was us!” said Salli Maxwell when describing the original project of Step Up for Kids, which she helped start in 2009. The idea was to give children a “step up,” while engaging the community to do so, too. That’s the ongoing theme of the grassroots organization that has served Prescott families in small ways since its inception.

A notable, but less visible, focus of Step Up for Kids is the New Parent Connection Program. This program has served dozens of parents in the “fourth trimester” (the three months after a child is born) with a focus on non-judgmental, practical, and emotional support.

Being socially isolated in early parenting can be so detrimental, Salli said, and this program is uniquely volunteer-driven to fill the void that often exists with the distance of extended families and has clarified under recent quarantine pressures.

Alleviating stress and building confidence is essential for parents at all stages, and Maxwell traces her own well-being directly to the social group that bolstered her through the earliest parenting times. Maxwell aims to grow the grassroots organization in earnest, to make the impact of a lifetime for as many new parents as possible.

Some participants have described this time of support as “literally life-saving,” and all surveyed expressed satisfaction in the support received, be it help with housework, organizing a meal train, or simply being a regular, relieving presence throughout a huge life transition.

Founded by a group of parent-friends in 2009, Step Up for Kids developed as a 501(c)3 under Salli’s leadership. A graduate of Prescott College (with her bachelor’s degree) and NAU (where she earned her master’s), Salli applied the tenets of experiential education to fill the voids of early childhood support. Her original inspiration, Sophie, is now 19, and her son, Alistair, is nine.

In 2022, the board of Step Up for Kids has developed easy ways for individual supporters may amplify the capacity to make a critical difference in an important time of a child’s—and parents’—development.

“The spirit of Prescott has shown up every time we have shared our goals to make things better for new families,” Salli said, “so we thank you in advance.”

Visit www.stepupkids.org and consider participation in the “High Five Campaign,” in which Step Up for Kids seeks $5 regular contributions from as many community members as there are young children in the area (about 2,500). The website showcases testimonials from the New Parent Connection, and the needs and ongoing dream of creating the Parent Co. drop-in center. Please let us know if you would like to volunteer or know of a new parent who could use support!