The Beauty of Nature, the Joy of the Wedding Day 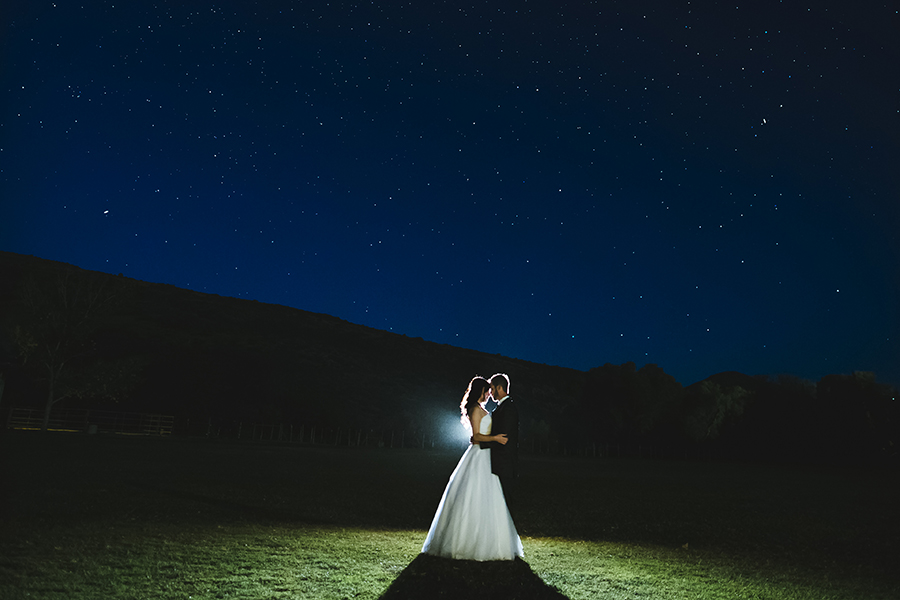 The Van Dickson Ranch Combines a Unique Backdrop and Personalized, On-the-Spot Service for a Wonderful Start to a Couple’s New Life

The Van Dickson Ranch, as rich in history as it is in beauty, provides not only a unique and picturesque location for a wedding, but also a place where bride and groom can rest assured that everything will go smoothly (though, not always as planned).

With lush lawns and cottonwood and willow trees onsite, an oak canopy over the ceremony area, a 3000-square-foot reception pavilion, genuine Texas meals, and spots for the bride and groom (and their attendants) to prepare for the wedding, the 600-acre Skull Valley property has all the amenities.

And with the Ranch’s owners, Carolyn and C. Paul Harris, at the helm, the Van Dickson Ranch provides on-the-spot navigation of every situation—even those unexpected ones.

The result: a wedding day filled with joy.

The Harrises bought the Van Dickson Ranch in 1999. The two of them had met in California, and Carolyn jokes that Paul, a native Texan, was trying to drag her to Texas but Arizona was as far as he could get her.

When she first laid eyes on the place, Carolyn said, she told Paul, “This place is Squalor Holler.”

He responded, “Carolyn, get out the checkbook. This is the place.”

Amongst the overgrown brush and mesquite, and the mature oak, cottonwood and willow trees, Paul (a polo player, himself) could envision the property’s future: within a few years, he’d created it, laying down a polo field and remodeling the original house to add bathrooms and more bedrooms, plus a new roof and ceilings.

The Harrises always knew their property had a history: there’s an Indian fortress on the property, and they often find pottery shards and arrowheads. After some research, Carolyn found that Indians lived there about 1400 years ago.

In 2005, the Harrises learned of the property’s more recent history: James Van Dickson and his wife, Pearl Dickson, homesteaded the ranch in 1906. Van was a rancher and a world-class rodeo champion, and began raising polo ponies in the 1920s (he leased some of them to Will Rogers).

That’s when the Harrises decided to call their property the Van Dickson Ranch.

A Great Place for a Wedding

One day, a friend asked if his daughter could get married at the Van Dickson Ranch, and the Harrises agreed.

“It was fun and interesting,” Carolyn said, “and we’ve just kept doing it.”

Now, one or two weddings occur every weekend, April through October, at the Van Dickson Ranch.

“Believe it or not,” Carolyn said, “people tell me it’s prettier than the pictures when they get here. Nobody’s ever been disappointed when they come here.”

Although they’ve hosted a wedding with 300 guests, typical guest lists run around 100 or so, Carolyn said.

Brides prepare for the big day in the Ranch’s “casita,” which includes a living room, a bathroom, a bedroom, and a kitchen. Grooms use a cabin, which has air conditioning, fans, tables, chairs, and mirrors, and is just next-door to the “Porsche potty,” which, Carolyn said, people say is nicer than their bathrooms at home.

Wedding ceremonies take place on a lawn, which is shaded by an oak canopy. Cottonwood trees offer an arch—a natural centerpiece for the ceremony area. Receptions happen in the pavilion, which is covered and partially walled, and has plenty of room for chairs and tables, as well as electricity for the DJ.

Carolyn and Paul pride themselves on being “on-the-spot” to help with any situations that arise.

“There have been times when something extraordinary is asked,” Carolyn said, “and it’s a little above and beyond what we do, and I’ll bend over backwards to do it, if it’s reasonable.”

When the zipper on a bridal gown broke just moments before the wedding was scheduled to begin, Carolyn ran up to her own house and grabbed scissors and ribbon. She cut little slits on either side of the broken zipper and ran the ribbon through it, lacing the dress up, “and it looked like it was supposed to be that way.”

If people need a table they didn’t think of beforehand, the Harrises will run up to their house and bring one down. When a bride brought a bag of fake flower petals to decorate the aisle (which Carolyn doesn’t allow because they ruin the lawn and may harm animals), Carolyn called a florist and ran into town to pick up a bag of real petals.

Both Carolyn and Paul are retired property developers; they’ve been married for 26 years, and are both “retired,” although she said she doesn’t think either of them could really retire.

“I never in a thousand years would have dreamed we’d be hosting weddings here,” she said, “or that I’d be a ‘day-of’ person.”

But at most weddings, she’s hands-on, checking in with everyone throughout the day, making sure everyone’s on schedule, and ensuring brides and grooms get that special day they each deserve.

“I don’t want anybody to be disappointed,” Carolyn said, adding that she and Paul do their best to handle even extraordinary requests. And while Paul sometimes teases her about the lengths to which she’ll go to make a bride happy, she said, “But then, if a bride asks him directly, you wouldn’t believe the stuff he’ll do.”

What to Expect on Wedding Day

On the day of the wedding, the ranch is available to the bridal party from 9 a.m. until an hour after the reception ends (which is usually midnight; the music has to stop at 11 p.m.). At 1 p.m., staff members arrive. They begin setting up chairs and tables (to the bride’s specifications) around 2 p.m., and later greet guests and walk or drive them to the ceremony area. A staff member also drives the bride to her spot just before the ceremony.

Post-ceremony, pre-reception, while the wedding parties take photos, the guests head to the reception area (by club car if they can’t or don’t want to make the trek on foot), and have the chance to play outdoor games, or just relax and snack on appetizers while they wait for the reception to begin.

Paul grew up in a ranch environment in Texas where they smoked meat for hours, and he has brought that tradition to the Van Dickson Ranch.  He plans and supervises all the food preparation. The staff puts the tri tip on the smoker 10 hours before it is to be served—and people can eat as much as they like. The staff prepares side dishes, too: pinto beans, coleslaw (which Carolyn called “extraordinary”), black-eyed pea cilantro salad, potato salad, and a fresh baked hot roll.

“When we hear people applaud after the couples say, ‘I do,’” Carolyn said, “that’s when the rolls go in the oven.”

The receptions typically end at 11 p.m., when local regulations require the music be turned off.

The Van Dickson Ranch books up quickly; it’s about three-quarters reserved for 2019 and partially booked for 2020. People who are interested in booking it should visit as soon as possible, Carolyn said.

An initial visit and tour are the first steps, and once a couple books the venue and signs an agreement, Carolyn sends them a file of every detail she knows (including contact information, wedding date, etc.). She gives them a list of vendors whose work she’s found high-quality, and a list of items they can choose to rent.

The venue doesn’t have a liquor license; brides and grooms can bring their own drinks as the event is considered an off-site private party. A professional bartender is required if alcoholic beverages are to be served.

For More Information visit www.vandicksonranch.com. Call 928.442.3658, or email carolyn@vandicksonroad.com with questions or to make an appointment to visit the Van Dickson Ranch.