The Lovely People Who Have Made Prescott a Lovely Place 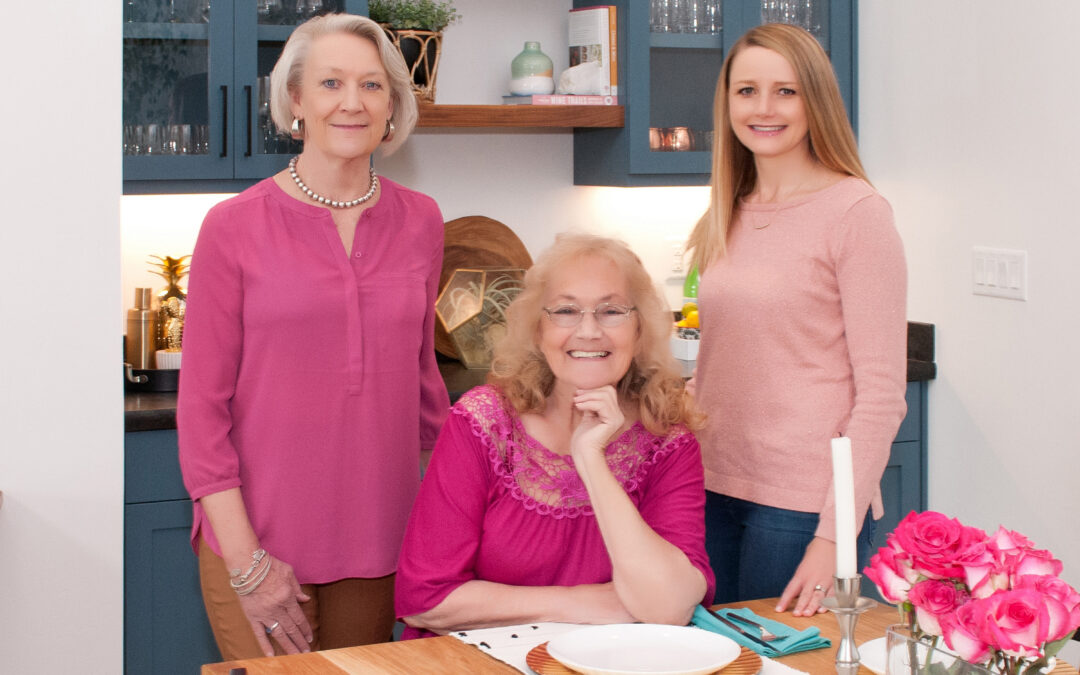 Members of the Ruffner family have lived in Prescott for five generations and just more than 150 years.

The Ruffner women who call Prescott home today include sisters Becky and Melissa Ruffner, Becky’s daughter Chelly, and her daughters Everly (six) and Merritt (one-and-a-half). Becky and Melissa’s mother Elisabeth Ruffner, a well-known and respected community advocate, passed away in March 2019 at age 99 and-a-half. Melissa and Becky’s brother, George A. Ruffner and his wife, Eunice, live in town, too.

“There’s just that feeling of community and connection that I think many people who have moved here—first-generation people—really appreciate about the town,” Becky said during a recent interview.

In her mind, Prescott has always been that way.

“My grandfather and I were very close,” she said. “He used to take me out for a chocolate soda at the Eagle Drug Store, which is now Bloom Tree Realty. I remember walking down the street with him and he said, ‘Hello,’ or tipped his hat to every single person. I had this feeling at the time that he knew everybody.”

Melissa recalls similar experiences. She said that when she was growing up if the school got out early and she stopped by Woolworths afterward, returning home at the normal time, her parents would have already heard a report on where she’d been.

“I thought that was terrible growing up, but now I realize how wonderful it was,” she said.

“We were influenced by our childhood and our growing-up years,” Melissa said. She remembers the entire Ruffner family getting together as often as they could at the family home. She remembers taking camping trips and visiting mines with her father, playing with the Hopi children on the reservation every summer, going fishing. Her father ran the city’s ambulance service, and she remembers attending the rodeo each year, watching from a perch atop the ambulance. If her father had to drive a cowboy to the hospital, he’d put a cowboy in charge of her until he returned.

“Our parents were just wonderful parents,” Melissa said. “They just made sure we had every possible event, interaction with the greater family … every summer was just full of family-oriented things.”

All these experiences helped shape the women Melissa and Becky would become—and the roles they’d play in the community.

Chelly said her experience with her grandmother gave her a sense of civic duty, too.

“I worked side by side with her in her office for many mornings when I’d have sleepovers at her house,” she said. “I ran lots of errands with her as a child, to the bank, the post office, meetings about different things.”

Elisabeth was passionate about and involved in many causes: historic preservation, open space preservation, the arts, and smart growth through a progressive general plan, to name just a few. In the 1950s, she was co-founder and president of the Prescott Community Hospital and Auxiliary. In the 70s she led a campaign to build a new Prescott Library and restore the 1903 Carnegie Library. And in 2003, she chaired the Second Century Committee and raised more than a million dollars for an expansion of the new library.

An article from Historical League, Inc. quoted Elisabeth as saying, “I had ambition when I was in college. I was going to be a physician, and I was going to be the best there was. But I changed my pattern. My pattern turned out to be life in a small town, raising a family and recognizing the quality and assets in small-town life, which are precious.”

“Grandmother was a really progressive thinker,” Chelly said. “She was one of the early planners to help Prescott grow smart. It’s such a great place—it was inevitable that growth was going to occur here, and she wanted to see the character of the downtown preserved as well as the beautiful environment around the City.”

Elisabeth wasn’t the first progressive thinker in the family; the Ruffner women descend from a long line of community activists (see The Ruffner Family: A History of Making Prescott a Great Place to Live—and Stay, below).

History plays a big role in the contemporary roles of Ruffner women. One of the reasons Melissa has stayed, she said, is, “The fact that my family has done so much in this community through each generation. We each feel pleasure as well as a responsibility to keep doing that in the way we choose.”

For Melissa, that means acting as a historian: she gives some historical tours, teaches Yavapai College classes on Prescott history, and has written several books (among them “Prescott: A Pictorial History” and “Arizona Territorial Sampler: Food and Lifestyles of a Frontier”).

And for Chelly, at least for the time being, it will mean devoting her life to her young children and their early childhood education.

“It’s hard to answer the question, ‘Why [have you stayed in Prescott]?’” Becky said. “It’s just what we did. One of my mother’s sayings was, ‘It has been ever thus. And for us, it has.”

The Ruffner Family: A History of Making Prescott a Great Place to Live—and Stay

Elisabeth Ruffner’s husband Lester “Budge” Ruffner, also played a significant role in the community. He wrote three books, “All Hell Needs Is Water,” “Shot in the Ass with Pesos: A Collection of Frontier Tales,” and “Ruff Country: Tales West by Southwest,” and he co-authored “The Arizona Territorial Sampler: Food and Lifestyles of a Frontier” with Melissa. He also taught as an adjunct professor at Yavapai and Prescott Colleges and was a member of several community organizations including the Prescott Corral of Westerners, the Arizona Historical Foundation, the Indian Commission of the State of Arizona, and the Arizona Lottery Commission.

Melissa said the first Arizona Ruffner, her great, great uncle, Marion Andrew Ruffner, came to the Verde Valley in 1867, homesteading near Tavasi Marsh and Tuzigoot in the Verde Valley. Almost a decade later he filed one of the first mining claims near what is now Jerome.

George C. Ruffner, Marion’s younger nephew, was one of the first sheriffs of Yavapai County, serving as deputy in 1893 and then elected in 1894. He held the office of sheriff for five non-contiguous terms between 1893 and 1933, Melissa said, and when he died he was the oldest peace officer in Arizona, in terms of how long he’d served and his age. George C. Ruffner was also the first man from Arizona inducted into the Hall of Great Westerners at the Cowboy Hall of Fame in Oklahoma City.

In 1903, George owned Ruffner Plaza stables, and the local mortician owed him “quite a large livery bill,” Melissa said. They played poker to determine whether the mortician would pay off the bill or have it marked “paid in full.” In the game, George won the business—the local funeral home. He thought it would seem like a conflict of interest if he—as a lawman—ran the funeral home. So he asked his younger brother Lester (Becky and Melissa’s grandfather) to take it over.

In 1888, George and Lester helped to establish the first Prescott rodeo, according to Becky. Melissa said members of the Ruffner family have been involved with the rodeo every generation, since.

Melissa and Becky’s father, Lester “Budge” Ruffner, went to the University of Cincinnati’s Mortuary Science school and went on a double date with a friend and two sorority girls. Budge and the friend’s date, Elisabeth Ruffner, hit it off and, Melissa said, “Started keeping company.”

When Elisabeth rode the train to Williams to meet Budge, she stepped off the car in a white sharkskin suit. According to Melissa, Budge’s dad, Lester Sr., said to Budge’s sister, “He’s a goner.”

Elisabeth gave birth to Melissa in August 1941, and Budge left for World War II in December. Elisabeth, as many women of that era did, found a job. She worked as an assistant for Dr. Florence Yount, a local doctor, she set up a lab to provide blood tests (often, to prostitutes to ensure they were healthy enough to continue to ply their trade, Melissa said).

Collectively, the members of the Ruffner family have played a significant role in shaping this community, which is at once rich in history and wonderfully modern.

“We’re here because of the history our ancestors started,” Melissa said. “We feel a responsibility to this generation and the next generations, to continue to make a positive impact on this very lovely place.” 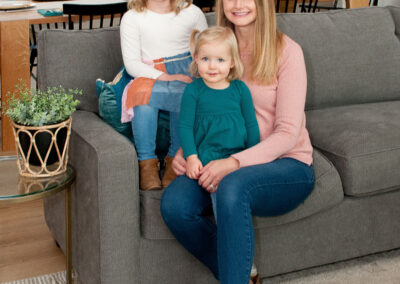 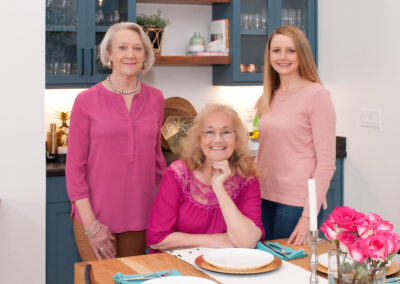 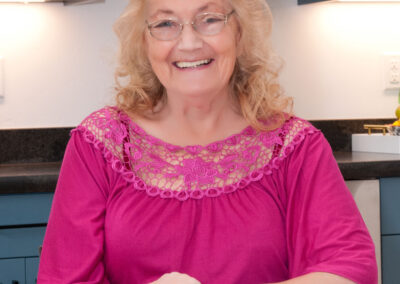 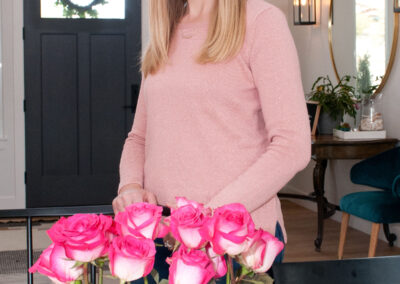 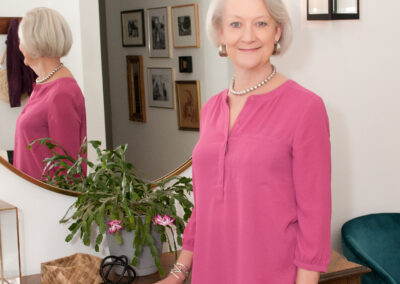 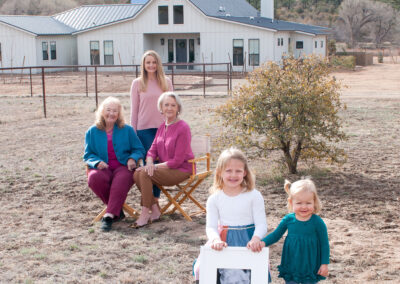 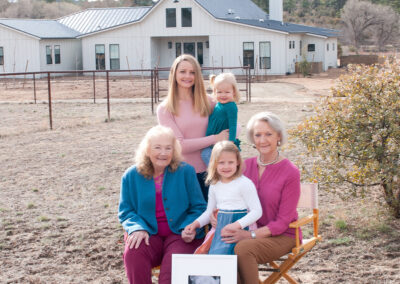