The Most Memorable Moments 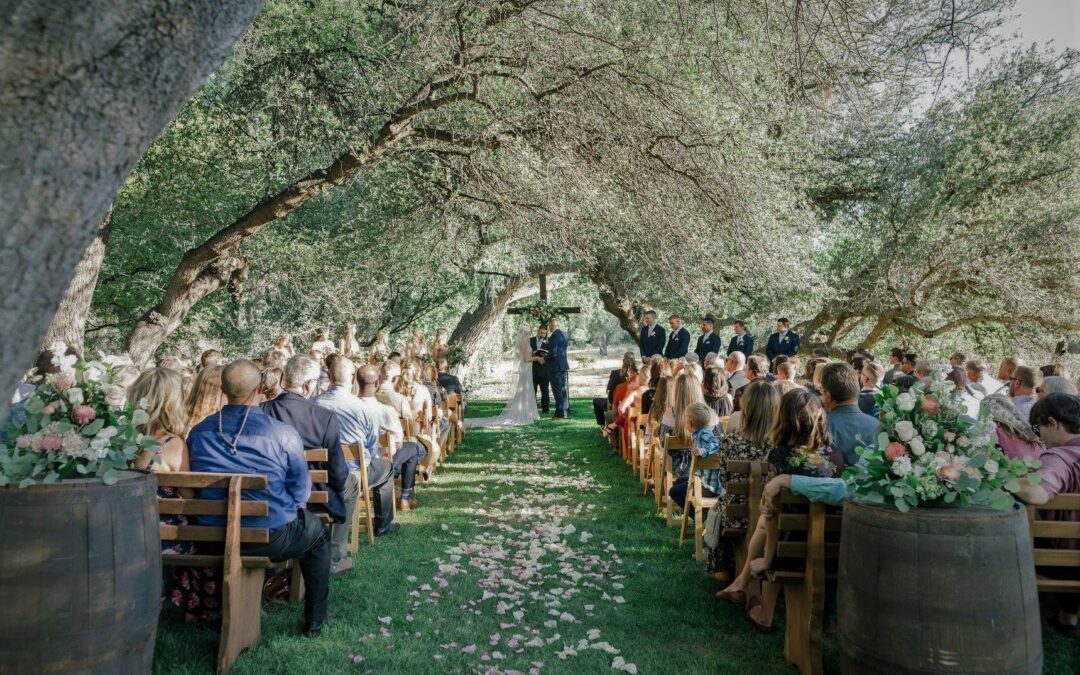 It was dusk and time to turn on the lights in the wedding pavilion at the Van Dickson Ranch when suddenly five horses entered the polo field and began to gallop around its perimeter.  The 150 wedding guests began to applaud, believing it was a special show just for them. Meanwhile, the cowboy staff grabbed ropes and whatever they could to capture the run-away polo ponies. It was later learned that one of the horses had figured out how to open the corral gate to cause the escape.

In another memorable experience, a bride and groom were standing under the natural arch formed by walnut, huge oaks, and stately cottonwood trees and overlooking Skull Valley Creek. They were about to say, “I do,” when the bride spotted Elmer and Jake, two Longhorn steers, sauntering down from the mountain.  She spun around and ordered her guests look at the steers before the ceremony continued.

At another wedding, a guest stood next to the serving dishes, hands on her hips, demanding to speak to the cook. The staff was worried until she said she wanted to know where she could get more smoked tri-tip after the wedding.  She was disappointed when told that the only way to get the meat would be to attend another wedding at the ranch. But the question sparked an idea because C. Paul had heard this over and over.  Consequently, the Harrises have begun to ship slow-smoked Tri-Tips, roasts next to the sirloin, to people who request them.

During a different reception, a bride was about to toss her bouquet. Suddenly, she spun around and threw it directly to a specific woman. Out of the group came a young man who knelt and proposed. The astonished guest said, “Yes,” on the spot.

A three-year-old flower girl in one ceremony decided to do one better: instead of dropping petals out of her basket, she picked them up one at a time. Speaking of children, the number of babies born to couples as a result of a marriage at the ranch numbers 52 so far, with a few more on the way.  They are referred to as Van Dickson Babies.

These are just a handful of the many entertaining incidents Van Dickson Ranch owners C. Paul and Carolyn Harris have experienced at their picturesque Skull Valley property during the eight years they have hosted weddings and polo events during spring, summer, and fall.

The ranch is an ideal venue for upscale, outdoor, ranch-style weddings with mountain vistas and a ceremony site that features the natural arch formed by walnut, huge oaks, and stately cottonwood trees—with the Skull Valley Creek as a backdrop. Staff serve genuine Texas meals of slow-smoked tri-tip on the 3,000-square-foot covered pavilion, and the wedding couple and their attendants can dress and lounge in a dressing casita all day (from 9 a.m. to midnight) on wedding day.

Staff personnel, referred to as cowboys, are eager to assist wedding couples and guests. Carrying a bride’s train to the aisle is one favorite job, and dealing with unexpected issues is sort of a specialty: when the zipper on a bride’s gown broke five minutes before the ceremony, a staff member remedied it by lacing white ribbon through improvised slits. At the last minute, a couple realized they needed grape juice but didn’t have any. Staff provided some red wine to do the trick. When rings or licenses go missing, staff and wedding parties embark on a mad search. Luckily, the items have been located every time—so far.

The Harrises have owned the Van Dickson Ranch for 20 years and enjoy sharing it for happy occasions. They hope to collect many more unique stories in the future. 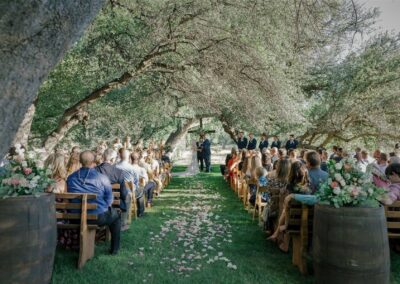 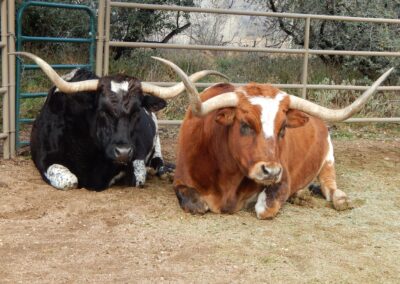 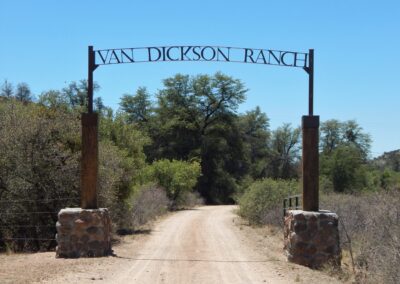 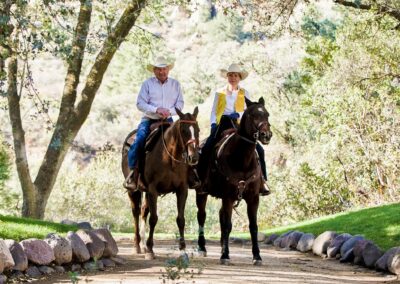