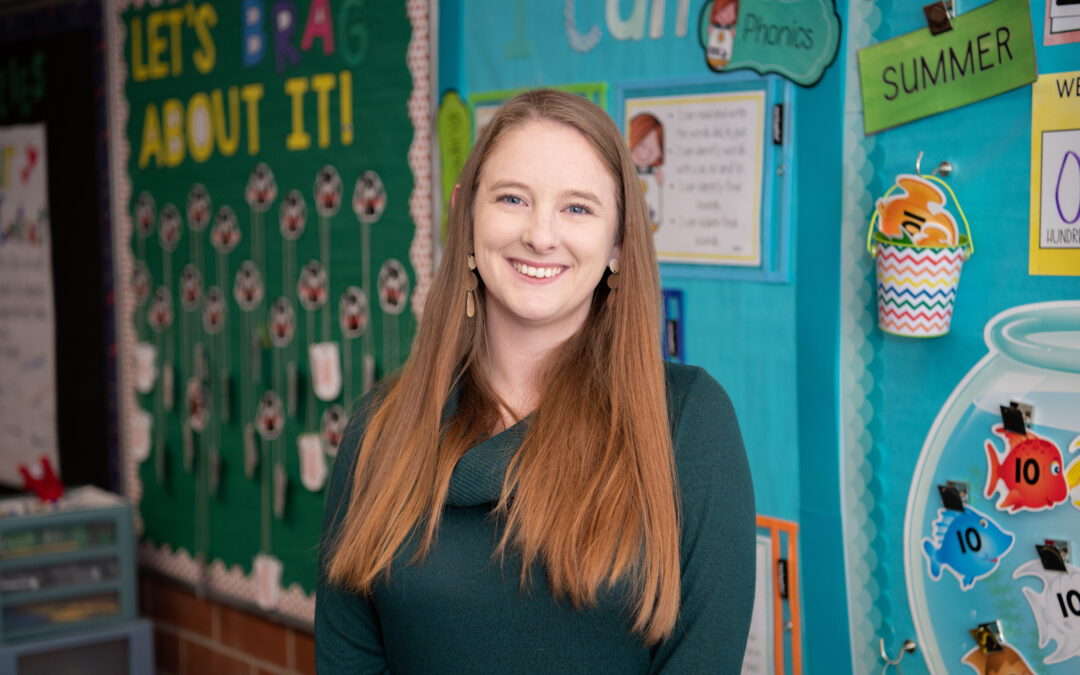 Taylor Howard and Joey Bemis met on Valentine’s Day six years ago, while they were both students at the University of Arizona in Tucson.

After a rocky initial start (she didn’t remember his name when they met up the next time), Taylor said, “It didn’t take long for us to pretty much spend every waking moment together.”

Later this year, they’ll tie the knot—promising to spend the rest of their lives together.

Taylor, who teaches kindergarten at Taylor Hicks Elementary School, said she and Joey are planning their ideal “fairy tale” wedding: an intimate occasion with just 38 guests at a treehouse retreat in Washington state.

“I like that it’s in the middle of a forest, and there’s a creek running through it,” Taylor said of the venue. “It’s very romantic. It reminds me of a fairy tale.”

It also reminds her of Germany; her degree is in German Studies, and the forest atmosphere really connected with her.

While Joey likes the forest location, too, Taylor said, a destination wedding appealed to him because it meant keeping things intimate.

Taylor and Joey share a love of the outdoors, and spend time hiking and camping together, along with their dogs Olli and Apollo. It was only fitting, then, that Joey incorporated hiking into his proposal this past summer.

“He wanted to go on a hike at five o’clock in the morning,” Taylor said, adding that the plan wasn’t ideal since she was working that week.

They ended up compromising: they met at the Flume Trail at sunset one evening after Taylor got off work.

He asked her to come look at the sunset views. She obliged, and once she’d seen them, she told him she was ready to go; she was tired and hungry.  As they walked back toward the parking lot, he bent down to tie his shoe. Taylor continued walking, so he tried again.

“I was pretty oblivious,” she said, laughing.

Finally, Joey got the question out, and of course, she said yes. Now, they’re in full planning mode. They plan to make some of the decorations and florals.

After their October 2022 wedding, Taylor and Joey will honeymoon on an Alaskan cruise, and then return to Prescott.

“Our lives are so melded together already,” Taylor said, “so I’m just excited about making it official. I actually get to be Mrs. Bemis and I get to call his mom, ‘Mom,’ and officially be part of that family. And I’m excited about him becoming part of my family, too.”

Taylor grew up in Phoenix and Joey grew up in Tucson; they knew they wanted to live in a small town eventually. They spent two years in Flagstaff while Joey attended Physical Therapy school and decided to settle in Prescott.

Teaching was a natural career choice for Taylor. She said she’s always had a passion for working with kids, but was inspired to become a teacher after one of her high school teachers, whom she thinks of as a second mother, supported her through a tough time.

“I think high school would have been a very different experience for me, had she not been there,” she said.

In her first year as a Taylor Hicks teacher, Taylor said she’s really enjoying her students.

“I love how thoughtful kindergartners are,” she said. “They have such an extraordinary way of thinking.”

This leads to some interesting discussions, she said. “Only a five-year-old could make going to the grocery store sound like a trip to Disneyland. The way they embellish stories and the things they say are absolutely hilarious.”

“Teaching is a hard job,” she said, “but I’ve never laughed so hard in my life!”

For more information about Taylor and the Prescott Unified School District, visit www.prescottschools.com