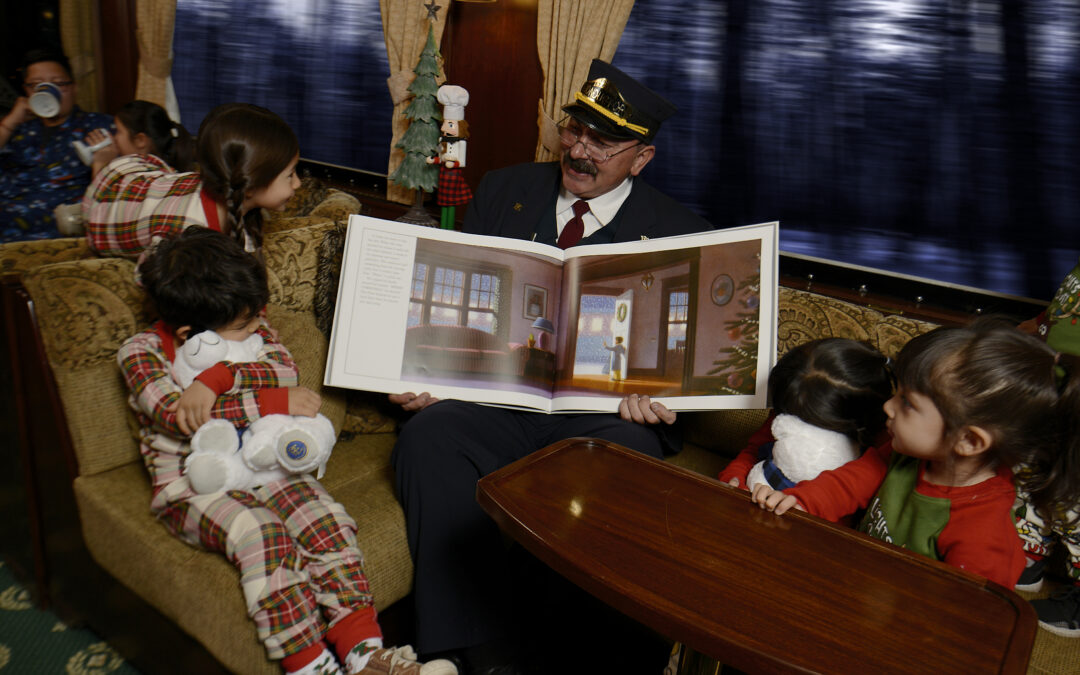 If you really want to spark that awestruck holiday sparkle in the eyes of your little ones, take them on the Grand Canyon Railway’s Polar Express excursion.

“There is something magical about the emotional connection people have to this train ride,” said Sam Langner, the railway’s community relations manager.

This shortened Christmas season route for the railway is now in its 21st year, so parents who experienced it as children are bringing their own kids. And the year-round Grand Canyon Railway route from Williams to the Grand Canyon and back has been around since 1901, so it’s possible for every generation to harbor fond memories of the train ride in general.

The most enjoyable part of the trip for one parent, Michelle, who shared her experience on Yelp, was “seeing the look in my seven- and three-year-old daughters’ eyes at everything that happened.”

The Grand Canyon Railway’s Polar Express is of course modeled after the beloved 1985 book and 2004 movie of the same name.

The evening begins at the holiday-themed train station in Williams, where kids can fill out cards for Santa while they sip hot chocolate. They board a decorated Pullman train built in the same 1930s decade as the movie’s locomotive. Passenger service attendants dressed as the movie’s pastry chefs serve chocolate chip cookies, brownies, and hot chocolate while everyone hears readings from the book and sings carols.

The train chugs to the North Pole, where Santa Claus awaits on his sleigh with his elves nearby at the North Pole village and Santa’s workshop. Santa boards the train and gives every child a silver bell like the one in the book and movie–and of course, you have to believe in Santa to hear the bells ring. Santa has time to hear everyone’s gift wishes on the way back to the train station.

The whole trip takes about 90 minutes, so even the toddlers won’t get too squirmy.

“You feel like you’re in a snapshot in time,” Sam said. “For those who love the holiday season, this is a great way to soak it all up.”

And camera snapshots are sure to capture some memories that conjure nostalgia in years to come.

“Take lots of pictures, and cherish these times,” a parent named Ben wrote on Yelp. “Before you know it, your kids will be teenagers.”