‘A Place to Belong’ 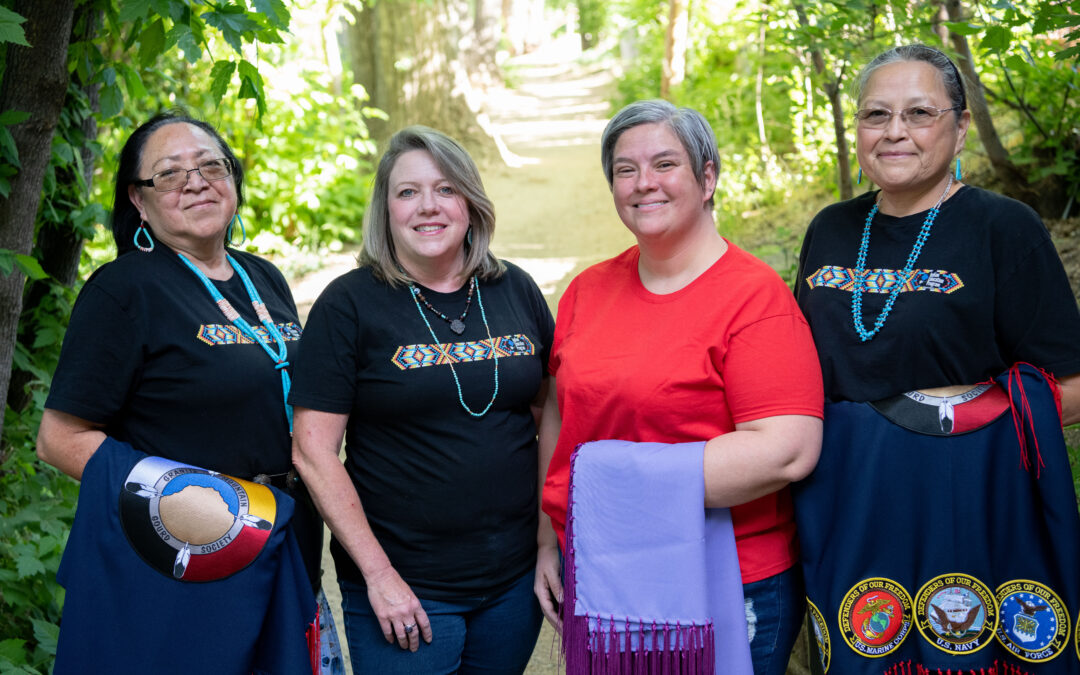 The original goal of the Prescott Unified School District (PUSD) Indian Education Program was to give students with indigenous heritage the resources they needed to improve their academic performance and incorporate culturally relevant activities into their education.

Since it started two decades ago, it’s become so much more than that.

The parents of students enrolled in the program say it is a space to celebrate and preserve culture and traditions, to learn from one another, and to belong.

“When I first heard about the program, I had to see for myself,” said Alberta Cook, a Navajo community elder who is on the Indian Education Program’s Parent Committee. “I was thrilled to see the students and parents interacting, making crafts, and the smiles of the students.”

Kelly Mattox, PUSD’s Indigenous Programs Coordinator, explained that the grant-funded program initially included some academic assistance and cultural engagement for students with indigenous heritage. Seven years ago, the District made the program an AmeriCorps Vista Project to promote expansion and then four years ago, district administrators decided to move Kelly into the PUSD Indian Education Coordinator position in order to sustain and continue to build it.

Within the program, Kelly said, there are 60-70 students annually enrolled from 12 different tribal affiliations, including Navajo, Yavapai-Prescott, Yavapai Apache, Hopi, and other tribes across the United States. While Kelly is non-native, she strives to embrace and understand native culture and focuses on organizing and funding the program supporting the Parent Committee to make program decisions and engage as many PUSD indigenous students as possible.

Each school year, the program’s Parent Committee decides on extracurricular activities to engage all the students who are enrolled and, more importantly, teach and preserve culture and tradition. These activities include arts and crafts and elder presentations, as well as gatherings (see Community, Culture, Connection, page XX, for details).

“Preserving indigenous culture has become increasingly difficult, and there is so much culture and heritage and language that is lost every generation,” said Iris Wata, a member of the Havasupai Tribe, whose daughter is enrolled in the program. “We want our daughter to be proud of her heritage and really integrate that into who she is as a person.”

“In Prescott there are not that many opportunities for her to associate with other Native Americans, and this is such an important part of who she is… We thought that she’d meet other indigenous students in this program, and they could learn from each other.”

The best thing about the Indian Education Program, said Jessica Kota, chair of the Parent Committee and a member of the Ojibwe tribe, is that it’s inter-tribal: “It’s a space where we can all get together.”

It’s been life-changing for Jessica’s daughter, who is now 14. When their family moved to Prescott from Michigan, she experienced racism for the first time.

“Being able to find her a space where she could be comfortable, not be afraid, and not have to be confronted with those ideas in the community was a great relief for her,” Jessica said. “She found instant friends there. She is very far away from all her grandparents, aunties, and uncles, and she was able to find some of those family supports [in the program]. The elders really took her under their wing, and she made a lot of great relationships and contacts.”

Also, Jessica said, “She’s done better in school because of it. She’s got a little place, she’s met some kids. It’s an instant comfort that she’s benefitted from, even in the classroom.”

Jessica, too, is far from home, where she was deeply involved in the Native community. When she was a child, her mother ran the Indian Education Program at her school district. Once Jessica found out about the local program, joining the Parent Committee was a natural next step.

Being able to create a sense of community here, in her new home, she said, “has been really good for my soul.”

For Kate Hayah, who is Hopi and a member of the Parent Committee, “My experience with the PUSD Indian Education Program has been a godsend.”

She legally adopted her two nephews and niece in February 2019. Her oldest daughter passed in 2020, and, she said, “We were having a hard time coping.”

She’d never heard of the Indian Education Program, but a school staff member referred Kelly to her and the program helped the family with new shoes, jackets, school supplies, and laptops, a gift from the Prescott United Methodist Church, for the kids, as well as referred us to local agencies for food and gifts for the holidays.

“To this day, I am thankful for all that Kelly and PUSD do for my family and many others,” she said.

“For my children, the program provides so many skills that they need in their future goals. Some examples are interaction with others, volunteering in group activities, taking on responsibilities, speaking out with others, knowing that there is help out there if you need it, cultural diversity, and praise.”

The Indian Education Program continues to evolve, Kelly said. Although its name comes from the federal level, state officials are looking to change it. Kelly will continue to strive to make the curriculum more culturally sensitive. Earlier this year, Governor Doug Ducey created a law that prohibits schools from banning Native American high school graduates from wearing tribal regalia or objects of cultural significance during their graduation ceremonies.

“Everybody wants to belong to something positive,” Kelly said. “By having a place where you belong, old historic trauma can begin to heal.”

To learn more about the PUSD Indian Education Program, including how to enroll students, call Kelly Mattox at the district’s Family Resource Center: 928.830.7658.

Each school year, the Prescott Unified School District Indian Education Program offers extracurricular gatherings and field trips that encourage students with indigenous heritage to celebrate both their individuality and their inter-tribal connections.

Members of the Parent Committee, who represent different federally recognized tribes, develop and lead these gatherings, which include craft-making, art, and sharing a meal together. During recent gatherings, students have made solidarity necklaces, participated in a fry-bread-making contest, held a Winter Pre-Solstice Celebration that included ceremony.  Prior to the pandemic the group also took a field trip to The Heard Museum in Phoenix for the Annual International Hoop Dance Contest.

Finally, Kelly said, she’s hoping to continue offering quarterly virtual “Elder Talks”, where an elder member of a tribal community shares a specific story, type of art, or general guidance with students enrolled in the Indian Education Program. Elders interested in participating in this series can contact Kelly Mattox at the PUSD Family Resource Center: 928.830.7658.

In addition to these gatherings, which build relationships and preserve cultural traditions and language, the program also provides academic support and helps with student fees and supplies as budgeted by the PUSD Indian Education Parent Committee. 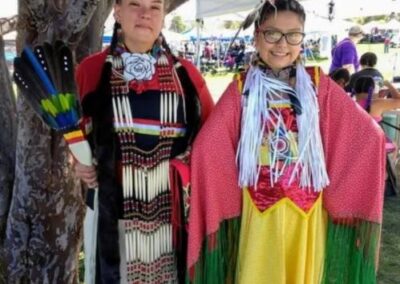 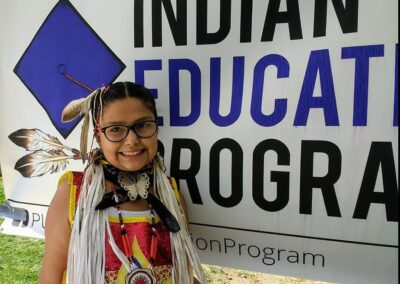 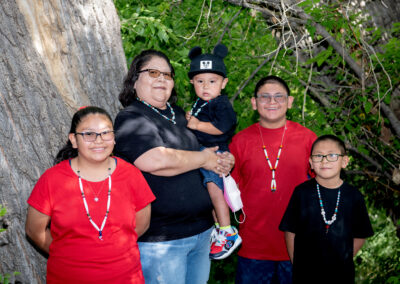 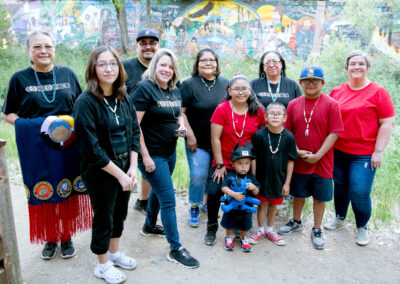