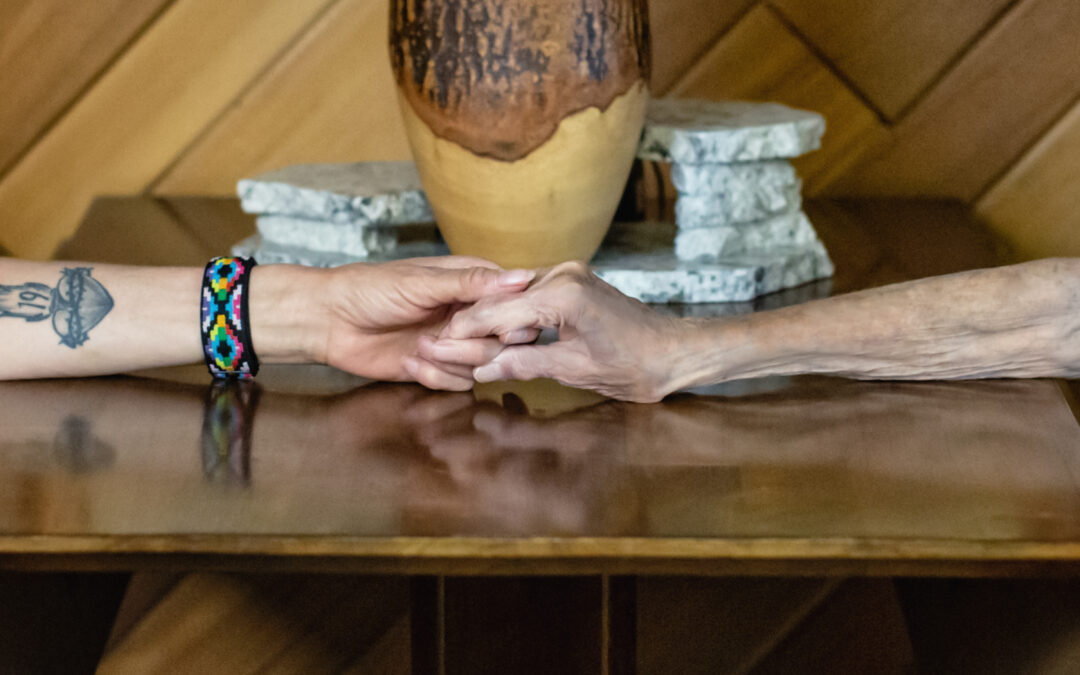 A Holocaust survivor and a recovering Neo-Nazi sharing a loving friendship may sound unlikely, but Esther Basch and Andrea Ramey prove that it can be wonderful.

Esther, 94, was born in a small town in Czechoslovakia and spent months in Auschwitz as a teen and eventually emigrated to the U.S. as an adult. Andrea, 60, was born and raised in Germany before moving to the states in 1985.

The pair met while working on The Honey Girl documentary, which aims to share Esther’s inspiring message of using the tools of love and forgiveness to embrace life.

The friendship formed within an instant of their first meeting. Andrea, moved to tears by her humiliation over her old belief system, admitted she’d been a Neo-Nazi, and Esther took her hand and said, “You’re not that person anymore. I love you, and I’m going to be your mom here.”

This was difficult for Andrea to accept, at first, because of the guilt she still feels. But, she said, “I realized, if I hadn’t had that switch flipped, if I hadn’t let go of that belief system, I would have never experienced this incredible amount of love that is so freely given to me without any conditions, regardless of who I used to be.”

During a recent interview, the two of them, along with Rachel Basch Turet (Esther’s daughter) and Laurie McCampell, who are co-Executive Producers of The Honey Girl, shared their story.