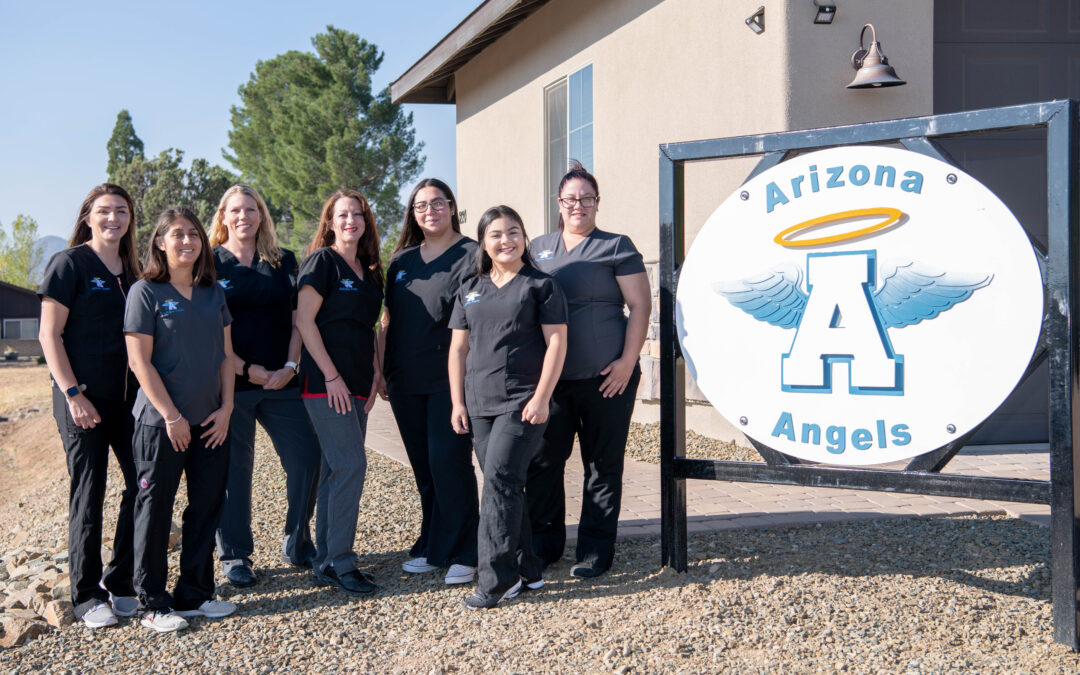 The first time Savannah Stidham worked as a caregiver, she was 16. She felt like she was meeting a need, taking care of people who couldn’t take care of themselves. It became a passion. Now, she’s the owner of Arizona Angels Assisted Living, which opened its third location in the quad-city area this past October.

After working for several years for an in-home care agency, Savannah said, she wanted to create an assisted living facility where managers treated residents and employees with kindness.

“I decided I could do this,” she said.

She became a certified caregiver, and then jumped through the hoops to open her own assisted living facility, Arizona Angels Assisted Living, in Prescott Valley in 2014.

Four years later, she opened a second facility in Dewey, and in October she opened a third in Williamson Valley.

Each of the Arizona Angels Assisted Living facilities is a house in a residential neighborhood—and the residents live like a family. They eat meals and snacks together, play dominoes at the table after breakfast, and, at the Dewey location, which is on the ninth hole of the golf course at the Prescott Country club, they talk to the golfers on the golf course and watch for the deer that come to eat apples off the apple tree. Savannah hires a singer to come in once a week for entertainment, and visitors are always welcome (with social distancing precautions during the pandemic).

“We’re more like a family,” she said. “We love our residents, and the residents love the caregivers. We are their family. It’s just good, quality care.”

Most of the 14 certified caregivers at Arizona Angels have been with Savannah long-term (at the time of this writing, she was in the process of hiring additional caregivers for the new Williamson Valley home). One nurse practitioner works for Arizona Angels, and she’s on-call 24/7.

The previous owners of the Prescott Country Club golf course, Jessica and Jeff Hall, reached out to Savannah when they planned to move out of their Dewey home, and offered to lease it to Arizona Angels Assisted Living. It’s a unique and beautiful location for Arizona Angels. It boasts a generous lawn; a wide, shady deck; and a modern-but-cozy, spacious living area.

“In a small setting like what we have,” Savannah said, it’s very one-on-one. In a big facility, residents don’t get that interaction from staff because the staff is so busy.”

Although entrepreneurship—and nursing school and the six kids she shares with her husband, Robert (who goes by RJ)—keep Savannah busy, she said, “I always feel fulfilled. We get a lot of thank-yous. We are very appreciated. I don’t have a thankless job.”