Elisabeth Ruffner Looks Back on a Life of Volunteerism, Fueled by Her Love for This City 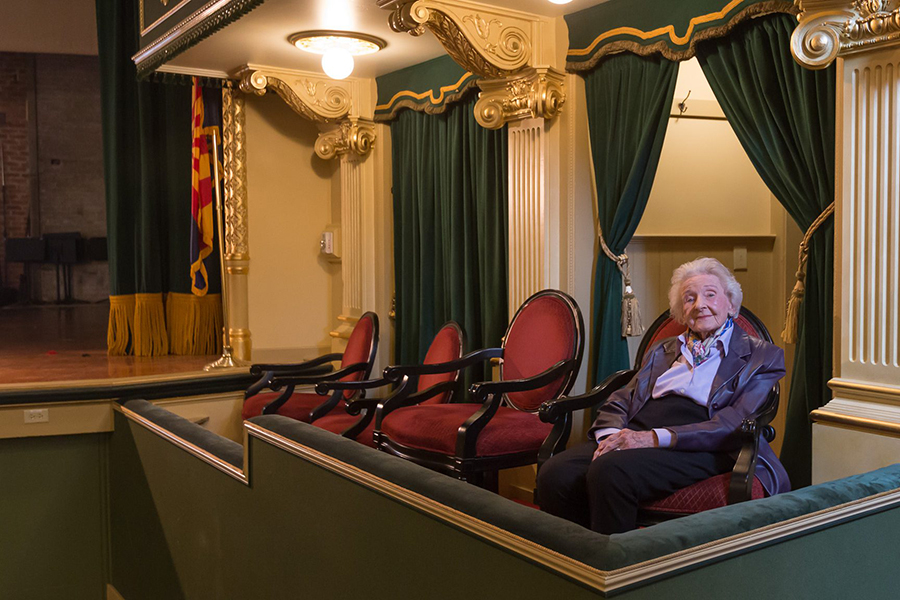 Elisabeth (Bette) Friedrich was a medical student finishing her junior year at the University of Cincinnati when she met Prescott native Lester Ward (Budge) Ruffner, a recent graduate of the University College of Mortuary Science. The die was cast.

The two became engaged, and several months after Budge returned to his hometown to help operate the family business—Ruffner Funeral Home—Elisabeth traveled to Prescott with her mother, Clara, to meet Budge’s parents.

Elisabeth never returned home (except to visit); instead, she immersed herself in volunteerism and the busy life of small-town Prescott.

After Budge and Elisabeth were married on August 10, 1940, they embarked on a ten-day trip to the Grand Canyon and Indian Country—with a single sleeping bag and a coffee pot (Elisabeth had never slept out of doors overnight!).

Shortly after they returned home, Budge enlisted in the U.S. Army Air Corps and left for service in World War II. Elisabeth remained in Prescott with their baby daughter. She worked for physician Florence B. Yount, and later on, was employed as office manager and corporate secretary of the Ruffner Funeral Home. Elisabeth also worked as a Realtor and real estate instructor with the Brokerage House, an adjunct instructor with the community college systems in Yavapai and Navajo Counties, and a producer of Historic Preservation educational programs for Prescott College.

Being in the workforce didn’t stop Elisabeth from volunteering for a variety of causes. She was one of the founders of the non-profit Prescott Community Hospital Association (which is now Yavapai Regional Medical Center). Also, she volunteered for several organizations focusing on historic preservation, and open space, as well as and arts and cultural pursuits locally, statewide, and nationwide.

She also conducted a radio interview program, and recorded more than 90 public access TV interviews for the Progressive Women of Yavapai County (which were also used as instructional material for Prescott College).

The Ruffners had two more children, and all three of them went on to excel in their chosen fields.

Most recently, Elisabeth was recognized as an Arizona Women’s Hall of Fame Living Legacy, along with her friend and colleague, Justice Sandra Day O’Connor (ret.).

As a local leader in volunteerism, Elisabeth considers the love of Prescott a primary motivation for service, the benefit of which is continuing to reside in this wonderful city.