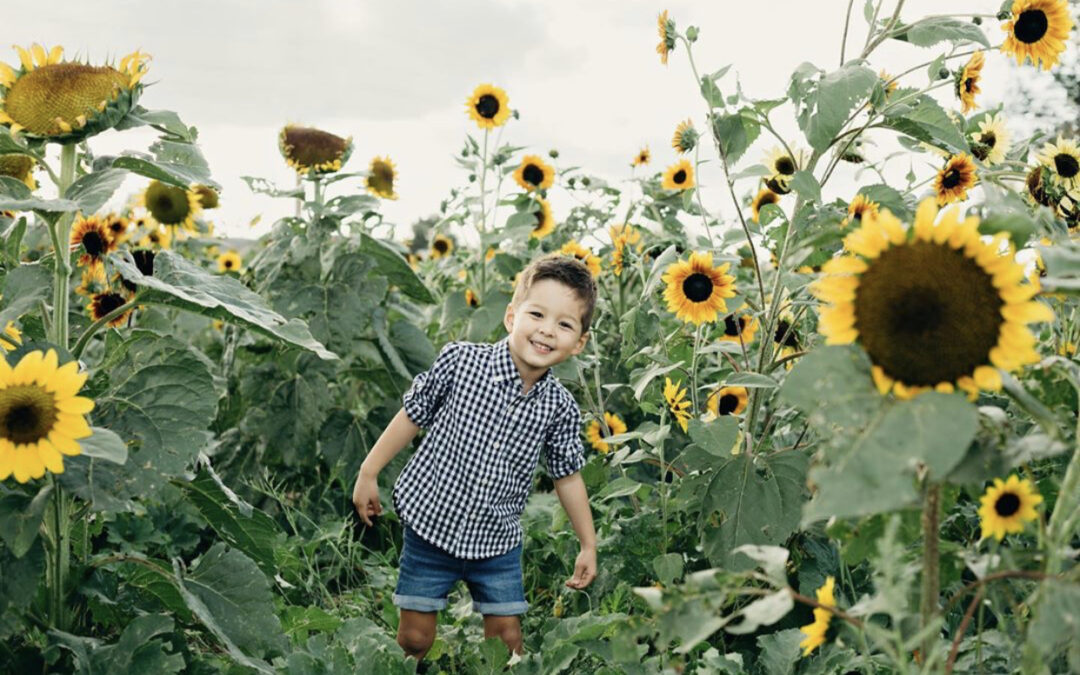 Farming runs as deep in the Mortimer family as the roots of the century-old cottonwood trees along the Agua Fria River at Mortimer Farms.

Sharla Mortimer’s great-great-grandparents came to Arizona in the late 1800s, growing cotton and oranges in Mesa. Sharla grew up on a Harquahala Valley farm.

Gary Mortimer grew up in Creston, Iowa, where both sets of grandparents farmed. His brother still farms there.

“My parents both have very rich agricultural history in their families,” observed the eldest of their four children Ashlee, now the farm’s chief marketing officer after spending her obligatory five years away from home to explore the world.

“I realized how much passion I had for telling people our story, the story of their food,” she said.

The Mortimers have taken farming far beyond what their ancestors could have imagined. Mortimer Farms welcomes thousands of visitors each year to pick their own food, participate in a huge variety of activities and games, and enjoy seasonal festivals including the wildly popular Pumpkin Fest and Corn Maze each fall.

Gary’s family moved to Phoenix while he was in high school. A few years after Gary opened his Mortimer Nursery and Landscaping business in Prescott in 1996, he met Sharla. They bought a ranch in 2003 so they could raise their family in the country. Sharla started teaching students about farm life and leading ranch tours. Just as she longed to expand this endeavor, the Mortimers were asked in 2010 to lease and revive the former Young’s Farm in Dewey, which was sitting idle while developers planned to turn it into a housing subdivision. Then like a miracle, the housing plan fizzled and the Mortimers got to buy the 324-acre farm at auction in 2020.

“It’s not very often that farmers are able to buy land back from development,” Ashlee observed.

The Mortimers now grow a whopping 54 different crops, beginning their harvest in April with asparagus and ending in November with everything from squash to onions–all sold at their Country Store and incorporated into their farm-to-table meals. And new greenhouses now allow year-round growing.

It seems destined that the Mortimer Farms legacy will continue with future generations, as at least one of Ashlee’s siblings has also expressed a strong desire to work there–and visitors just keep flocking in.

“It’s been amazing to see the community support,” Ashlee says. “We love sharing our farm.