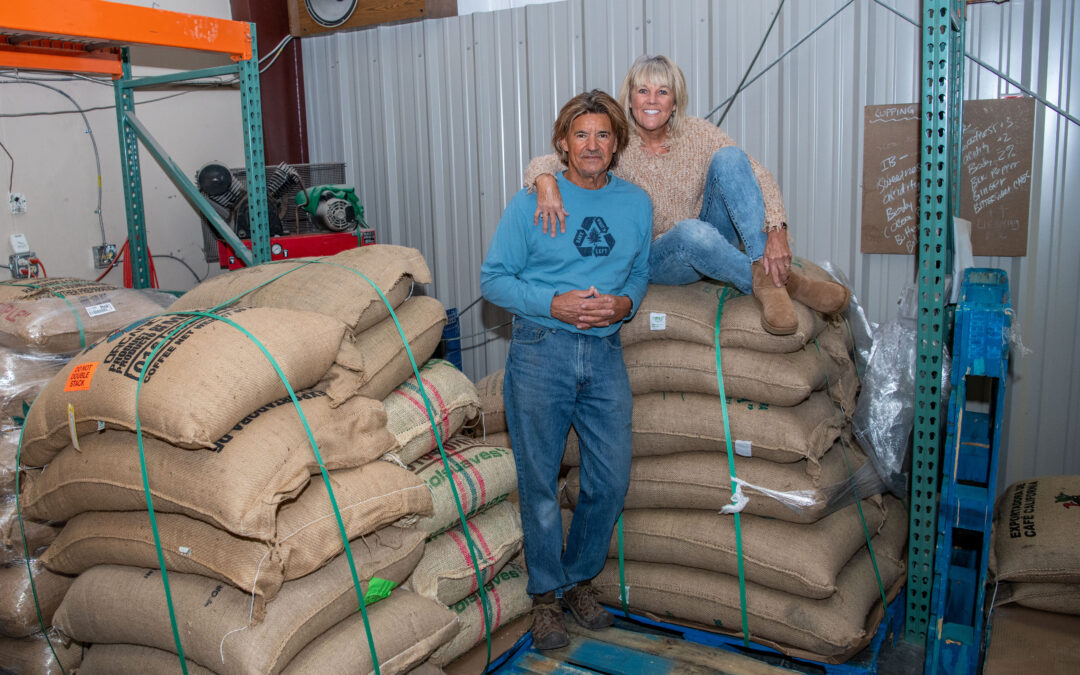 Prescottonians lucky to have the best coffee created right here

If you walk down Costco’s coffee aisle anywhere in Arizona, you can pretty much assume that the dominant intoxicating aroma is emanating from the bags labeled Firehouse Coffee Roasters.

That’s because the key to fragrance and taste is freshness, and Arizonans can’t get coffee that’s any fresher than Firehouse, roasted and packaged right here in Prescott. An emphasis on environmental sustainability adds that extra punch of perfection.

Why is fresh important? Because a few weeks after roasting, oxygen starts degrading the beans, Firehouse owner Dana Kern explains. And it happens twice as fast if you buy ground coffee.

Dana and his wife Karen clearly love coffee; Dana’s been drinking it black since he was a kid.

“My Mom always told me, ‘Everybody in our family loves coffee, including the dogs,'” Dana said.

The idea to start their own coffee business began in 2004 when the Kerns were sipping javas at Starbucks in New Zealand. The following year they opened a coffee shop in Bullhead City, where Dana also was a ladder truck captain and paramedic (yes, he was the designated coffee brewer during 48-hour shifts at the fire station).

Within five years the Kerns had created and sold franchises to seven coffee shops in Bullhead, Lake Havasu City and Vegas, keeping the largest one to run themselves. They bought the best roasting equipment in 2006 and learned how to use it. When Dana was ready to retire from firefighting, they decided to move to Prescott with their roasting equipment and segue exclusively to the wholesale coffee business.

By that time, their coffee also was exclusively certified USDA organic. Despite the extra effort and cost, it was a no-brainer for them after a pivotal trip to El Salvador coffee farms about eight years ago. They saw a young boy carrying a backpack sprayer with purple pesticide running down his back.

“I thought, ‘You know what? This is wrong,'” Dana recalls. “It changed the course of our business.” Their coffee costs slightly more than non-organic, because the farmers’ yields are lower without pesticides, and they need more workers to clear the weeds by hand. But it’s worth it.

“What you’re really doing is establishing relationships,” says Karen, noting that they travel to coffee farms annually. “It puts your heart in the right place.” It also helps them set up direct trade so more of the profits to go the farmers instead of middlemen.

“It’s time in my life to give back a little bit,” Karen adds – and hopefully pass on that philosophy to their children and grandchildren.

(To find Firehouse coffee retail outlets including downtown Prescott, buy online, and/or set up a tour of the Prescott roasting facility, go online to firehouseroastery.com.)