From the Highlife to Hometown 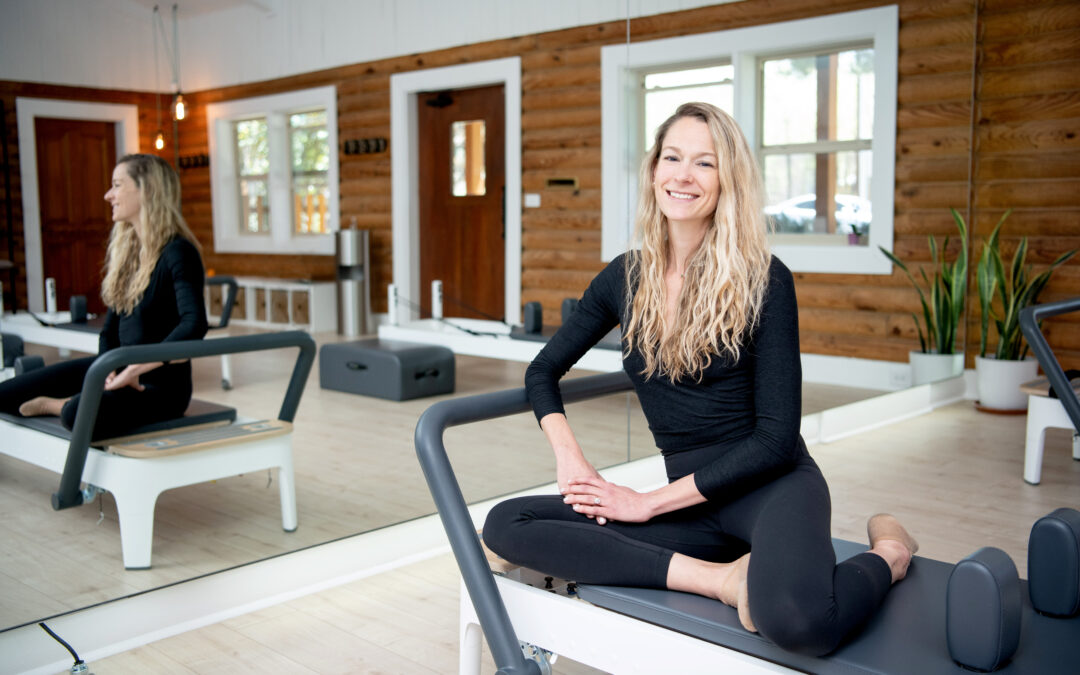 More than once in her life, Prescott High School graduate Heather Burgoyne has felt the call to slow down. Two years ago, she listened.

After earning her degree in Fine Art with an emphasis in photography from the University of Arizona, Heather began working as a project manager for a fashion company in New York City. She quickly found herself in the fast lane and was traveling between New York and London, “on” 24/7.

Amid the chaos, Heather felt a call to slow her life down. That was when she walked into her first Pilates class. “Pilates started as an outlet for me,” she said. “I would go as often as I could, sometimes even on my lunch break. I had to move my body, and once I did, I felt a weight lifted off my shoulders.”

Things continued to progress for Heather and her career continued to grow. After some time, she moved to Los Angeles, where she heard the familiar call to slow down. Heather took a year-long sabbatical to do more casual photography. Then, life picked up again, and she found herself working in L.A., producing photo shoots and setting up a post-production house for the agency she’d worked with in London.

“I think I did that for about five more years before I hit my breaking point,” she said. “I’d been going to Pilates all this time, and the running joke I’d had with my colleagues, family, and friends was that I was going to quit one day and become a Pilates instructor.”

It was less of a joke than she let on.

After her hectic schedule had about done her in, Heather (now married and mother to a three-and-a-half-year-old) took another look at her life.

“The words of that long-standing joke became reality. I did quit,” she said, “and decided to pursue the thing that brought me the most joy – Pilates.”

After her certifications were complete, she had her first teaching position in a physical therapy office. “I got my first glimpse into how I could help people heal through movement!”

The owner of another studio where she worked had become a mentor to Heather. “I sought her advice on everything, because she just seemed so happy.”

Heather’s focus narrowed to her family and where the best place to raise their boy would be, and she felt that familiar call once again. Heather had loved living in Prescott, and the hometown feel drew her back. She talked with friends who had also moved back to Prescott about what opening a Pilates studio would look like, and she and her family decided they were all in.

Two years ago, they moved back to Prescott and opened SOAR Pilates downtown.

“The studio is growing, classes are full, and we’ve just added more equipment, classes and instructors to accommodate more people,” Heather said. “It’s amazing! But best of all, we are building a community.”

Class times and passes are available at soarpilates.com. Heather is running a new client special right now that features four classes for $50. For more information on classes, schedules and pricing visit soarpilates.com.