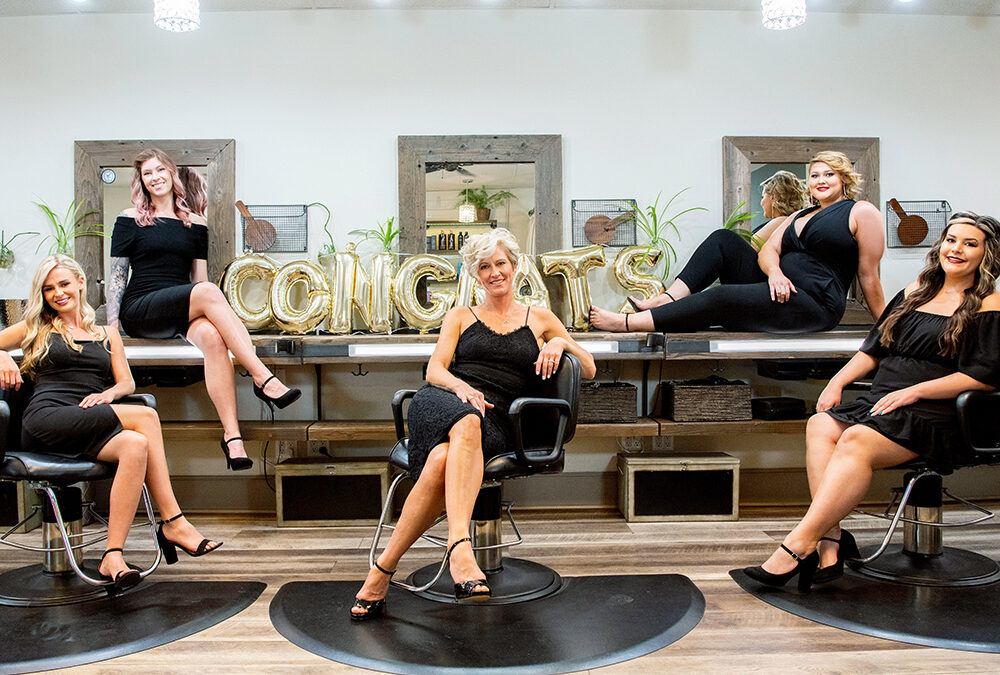 Even while Nyla D’ Salon had its best year ever in 2021, and is on track for another record year in 2022, owner Jenny Bacon is working as hard as ever. And it’s worth it.

This October, Nyla D’ will celebrate 15 years in business. Those 15 years have been a journey filled with lessons and “the pure joy of knowing what it’s like to work so hard to earn something and then make a success out of it.”

Jenny’s is a story of determination, hard work, and ultimately, the fulfillment of seeing those pay off.

One of the first business lessons she learned:

“You don’t have to wait for someone to give you something besides an opportunity. You really have to decide what you want and make it happen for yourself.”

That’s exactly what Jenny, a stylist, has done, time and again … and she attributes her success, in part, to it.

The entrepreneurial journey started when another woman bought the building that housed the salon Jenny leased. A stylist herself, the woman planned to take over the salon space when Jenny’s lease ended.

Fortunately, Jenny said she saw this as an opportunity. “I was sick of working for other people, doing things how they did them. I wanted to continue to work for myself and create a salon that was about the customers.”

On her way home from work shortly after learning she wouldn’t be able to renew her lease, Jenny took a different turn and came across the space she’s in now, at 144 N. Montezuma Street downtown. She called the building’s owner and asked if he’d lease it to her for a salon.

He’d dealt with salon owners before and wanted to work with someone in a different industry.

Not willing to give up, she worked up the numbers, struck a deal with him, and opened Nyla D’ in 2007. After a few years, he came to her and gave her 24 hours to decide if she wanted to buy the building. She would have liked to, but she’d just spent the last of her savings tearing out a small room in the salon to add another station.

Undaunted, she approached some family friends and asked if they’d be interested in buying the building. After looking through the numbers, they decided it was a good opportunity.

“I was very grateful, and asked if one day they would give me the opportunity to be able to buy it back. They said, ‘No, we’re going to give you a private loan. The buildings are yours.’”

Her original intent as a business owner was to ensure her business was fair, honest, and about clients … and, of course, she wanted to earn a good living, too.

She quickly realized that “when you’re a person who leads your business through your heart, it’s about the people who work with you and who you’re servicing.”

In addition to providing her customers with a great salon experience, she said, “I wanted to create an environment that cultivates success for everybody.”

“When you take the focus off yourself, you begin to have true success,” she said. “You tend to draw in those people who have that vision with you.”

While, for Jenny and the other Nyla D’ employees, that means taking excellent care of customers, Jenny has found that she also loves sharing her knowledge with other stylists who strive to become salon owners.

“I’ve spent a tremendous amount of money on coaching,” she said. “If you know something, you should share it. Knowledge is key.”

Seeing some of her stylists go off and open their own places—and have huge success—has been rewarding.

“I hope on some level that I was able to contribute some kind of knowledge that helped them have that success.”

One piece of knowledge she loves to share: “One of the best things that a business owner can do is set some goals. Goals are really important. But if you don’t put in place the systems each and every day to reach those goals, you’ll never accomplish what your true potential is.”

Jenny works on her systems every day; some of those empower her other staff members to take care of back-end details so she can have a couple of days off each week. “I am beyond blessed with the staff I have now,” she said.

“I’m a very regimented person. I like structure. I believe structure creates success.”

These lessons—along with the special rewards she’s earned—have made Jenny’s entrepreneurial experience a rich one.

“Some of the clients I’ve had for almost 20 years,” she said. “They’re like family.”

When people returned to the salon after taking time away during COVID, they came in with tears in their eyes.

“I realized that our industry is one of the last industries left where you physically get to touch people. Even just getting their hair done – that contact – it’s a huge blessing, a special honor that we get to do that. I don’t know if we took it for granted before, but having it taken away is a reminder of how special that is … not only the physical effect we have on someone, but also the emotional effect.”

Although so far, Jenny said, “2022 has been the most stressful and hardest year I’ve ever had,” thanks to some staffing changes which resulted in her working long, hard hours, she said she loved seeing “the dedication and determination of all of us together.”

“It has really paid off,” Jenny said, “and our clients have appreciated that we went to the lengths that we did.”

The Nyla D’ staff includes Kylie, a passionate stylist who loves the Prescott community and bringing out the very best in each and every one of her clients; Bailey, who has been a stylist for more than five years and enjoys the creativity and enjoyment of helping others feel good about themselves (she specializes in dimensional colors and short haircuts); April an 8-year stylist who is fond of creating a welcoming atmosphere for clients, specializes in highlights and cuts, and enjoys taking the time to understand her clients’ individual needs and goals; and Lexi, who has always dreamed of a career as a stylist and whose experience working around the talented team members fueled her desire to go into cosmetology (she plans to pursue her license so she can use her creativity, and she loves helping people in her everyday life).

The camaraderie and freedom that come from entrepreneurship are worth the hard work, Jenny said, especially when she looks back over the past 15 years.

When she started out, she didn’t know much about business. A single mom, she held things together, balancing being a good parent, being involved, and running (and growing) a business.

She’s now married to David Mitchell, owner of 928 Wraps, and they have three businesses between them. Their greatest blessing: their four older kids (they each brought two to the marriage).

And, knowing Nyla D’ Salon is on track for its best year ever “is super exciting,” she said. “It’s fun to see it all happen the way it’s supposed to.” 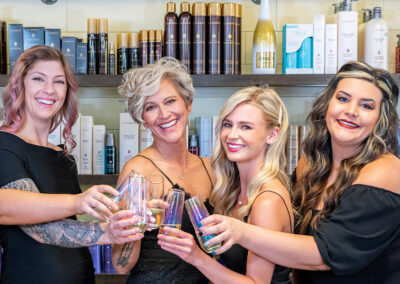 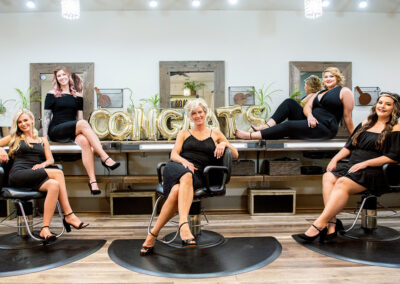 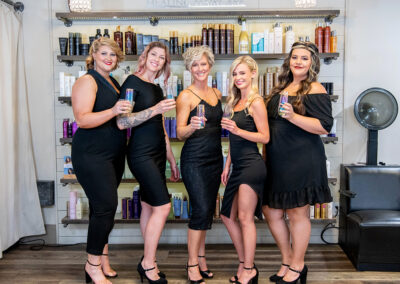 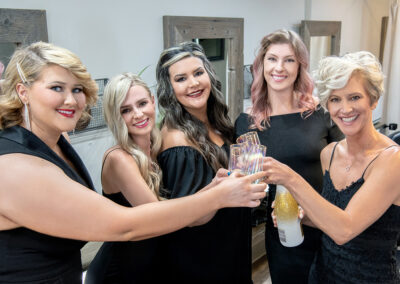