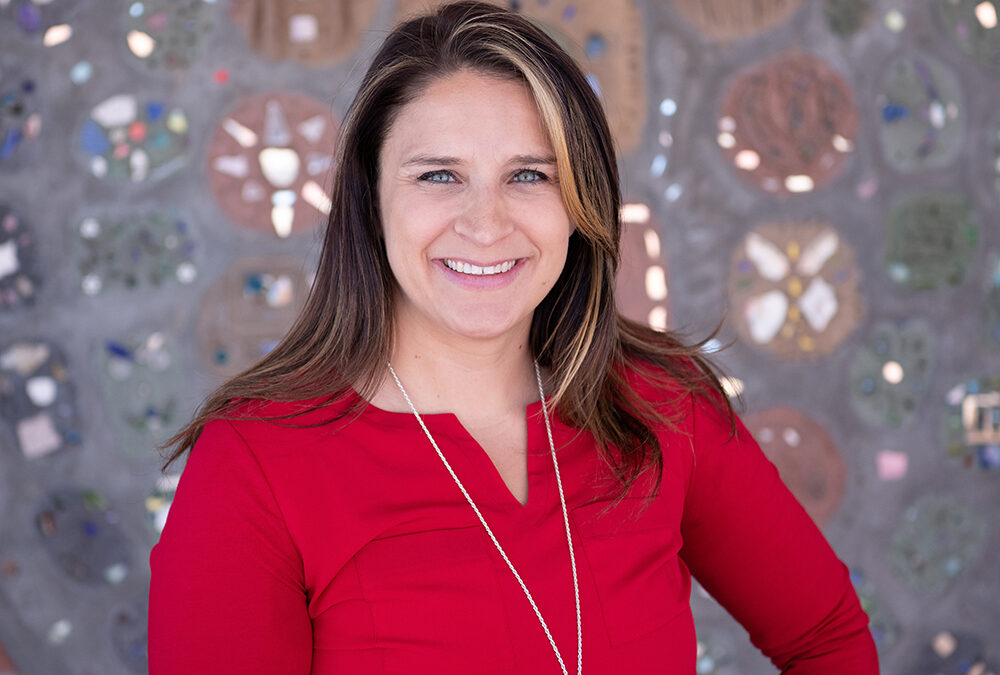 A Prescottonian through and through, Ashley Tetreault has seen all sides of the education system, from being a student since at Dexter as a child — and later at Miller Valley, Mile High Middle School, and Prescott High School — to her adult role teaching in the Humboldt Unified School District.

Her journey has prepared her well for a new role as Principal at Taylor Hicks Elementary School. The position opened when district administrators appointed former principal Kelsey Secor to an administrative role.

While Tetreault may be a newcomer to the education side within the Prescott Unified School District, she is no newcomer to education.  She recently served for five years as an instructional specialist and seven years as a math teacher at Bradshaw Mountain Middle School.

Of her new role with PUSD, Tetreault said, “I have been blessed to have become a part of PUSD and instantly felt a warm welcome.  I have found the culture at PUSD to be very collaborative and inviting, and I’m excited to learn more about how I can contribute as the school term progresses.”

Tetreault quickly rose to the top of the list during the search for the new principal of Taylor Hicks. Joe Howard, PUSD Superintendent, said, “We are thrilled to welcome Ashley to the District Leadership Team and know she is the right person to lead Taylor Hicks into the new school year.”

Tetreault said the challenges of the past few years were instrumental in preparing her for her new role, mostly in the form of recognizing the resilience of both the educators and the students as they adapted to many never-before seen procedures and changes.

Of the collaborative efforts of the educators, she said, “The main success was that, over time, we were able to give students some sense of a normal schedule, even if it meant a new schedule in their own home.”

Once students came back to the classroom, Tetreault and her colleagues realized that many students had not been able to maintain their social skills in part due to lack of personal interaction with other students and their teachers, and added, “We quickly had to adjust to teaching social-emotional skills as well as classroom content. I know that all the years of being an instructional specialist prepared me for this new role because of the leadership opportunity provided for me at Bradshaw Mountain Middle School. I learned the first component to being a leader is to observe and serve.”

As a mom of three boys, Tetreault has an active home life and plenty of practice with varying communication styles, another factor that has helped prepare for her new role. A coach for CrossFit Kids at CrossFit Prescott Valley, Tetreault is a proud mom who supports her kids in multiple different sports.  She concluded with, “You can find me most often on the sidelines of games and practices cheering on my boys!!”