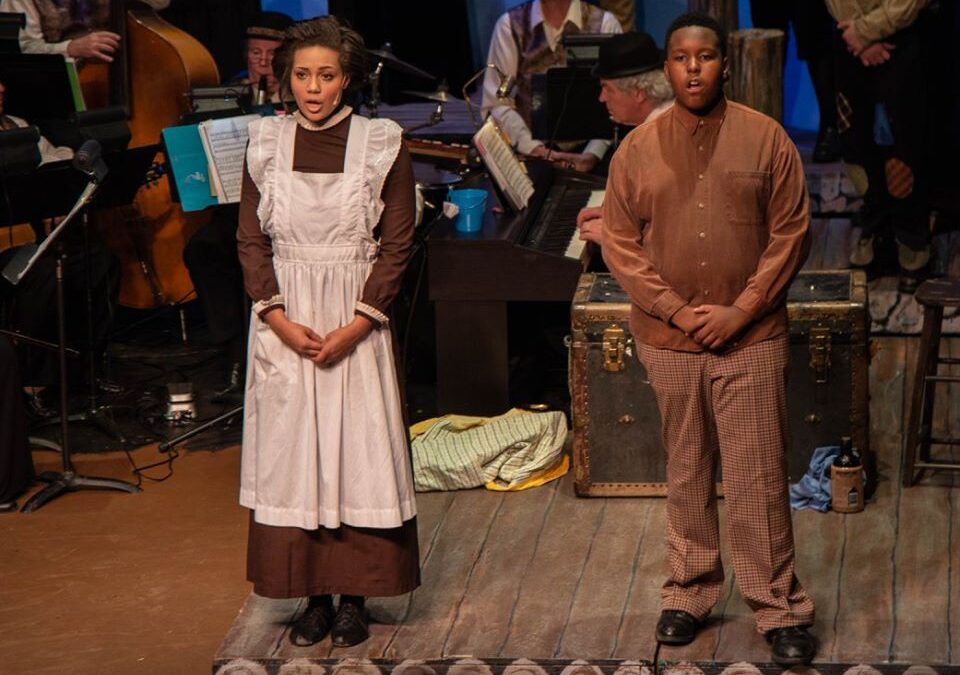 By Tina Blake, Development Director, Prescott Center for the Arts

When we create art on the stage or on a canvas, we are showing others the world from our point of view. Individuality and diversity in art are critical because it’s one of the most powerful ways to move people.

While theaters across the nation notoriously have taken the stance to increase diversity and end racism, the people who run Prescott Center for the Arts (PCA) understand that’s not enough.

“We understand,” said Robyn Allen, PCA Executive Director, “and I am challenging other arts organizations to walk the talk after we understand our marching orders during this peaceful protest. This isn’t just a challenge in the arts, but in all aspects of life.”

“I was very impressed by the words of one of our state’s leaders, Larry Fitzgerald of the Arizona Cardinals,” she said, “calling for our families of all races to come together so our new vision becomes peaceful understanding and support of our neighbors and community members in need. As human beings, we are being presented with an amazing to finally get it right by becoming better listeners and actively finding new and better ways to partner together to end anti-blackness and all racism.”

A recent study found that 85.4 percent of the works in the collections of all major U.S. museums belong to white artists, and 87.4 percent are by men. African American artists have the lowest representation with just 1.2 percent of the works; Asian artists total at 9 percent, and Hispanic and Latino artists constitute only 2.8 percent.

In addition, A newly released report from the Asian American Performers Action Coalition (AAPAC) points to a lack of minority representation. It found that 86.8 percent of all shows produced in the 2016-2017 Broadway season were written by white playwrights. Roles filled by minority actors dropped to 33 percent from a record-breaking high of 35 percent the previous year (which, according to the survey, likely saw a bump in part due to musicals like “Hamilton” and “On Your Feet”).

Diversity is an issue and we have to do more. Recently, PCA produced a monologue from “To Kill A Mockingbird” by Kevin Nissen for the PCA At Home programming on its YouTube Channel. Kevin’s portrayal of Atticus Finch was very powerful and a reminder that our judgments of others does not necessarily produce justice.

How can we do it as a community that wants diversity in the arts?  We have listened and here are some things we are hearing;

We want to hear from you. What are your thoughts and ideas around improving diversity through the visual and performing arts? Share them via email: director@pca-az.net.  We want to continue to ask the questions that raise awareness for equality for all.