Lighting Up the Holiday Season 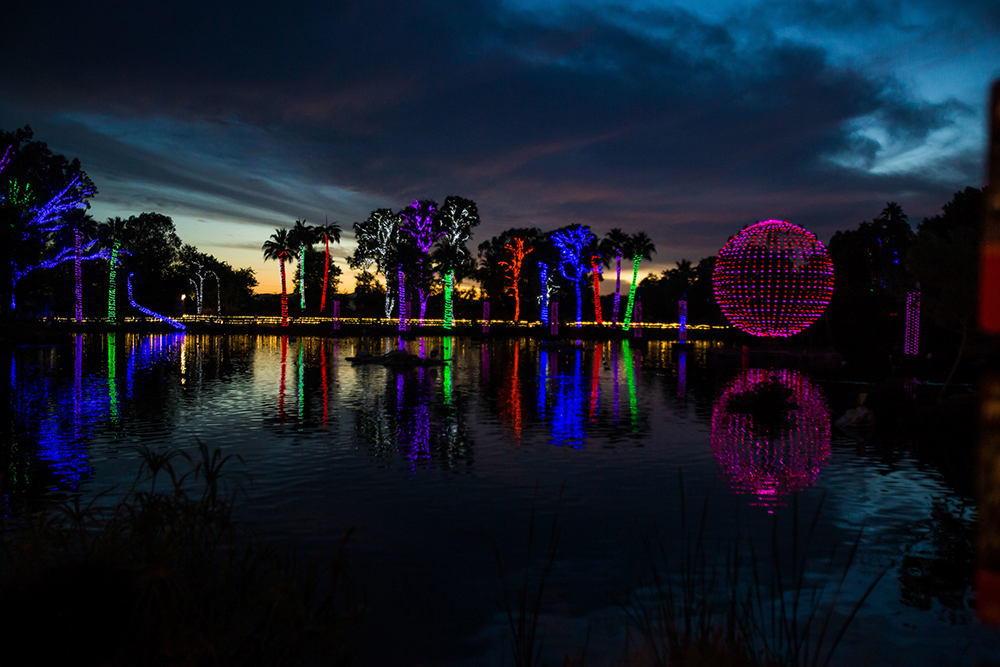 Phoenix ZooLights is celebrating its 30th anniversary this holiday season with special events and displays, and it’s easier than ever to experience with the new “Cruise ZooLights” option to drive through instead of walking.

The daytime Cruise the Zoo and nighttime Cruise ZooLights events started last year out of necessity when pandemic regulations forced the zoo to temporarily close to pedestrians.

“Everyone was all-hands-on-deck to try to find a way for people to enjoy the zoo,” relates McKenna Nischke, Phoenix Zoo digital communications specialist. “Cruise ZooLights was so popular, we decided to do it again.”

Cruise the Zoo and Cruise ZooLights are natural additions for the 125-acre zoo, the largest private non-profit zoo in the country. Its pedestrian paths already were plenty wide enough for vehicles. Cruise ZooLights expands accessibility for what already is the zoo’s most popular annual event.

The regular ZooLights for pedestrians is back in full swing this year, too. And the new Sensory-Friendly ZooLights night is November 10.

New light displays include a 70-foot-long ZooLights sign and two 12-foot-tall 3D ice cream cones at the zoo entrance; a dozen buffalo; a 3D anthill with ants; and 3D dragonflies.

Annual ZooLights traditions include Santa and his elves, of course, plus rides on camels and the Endangered Species Carousel. A lesser-known tradition is tracking down this year’s location of two alien heads.

ZooLights Supervisor Justin Davis says the approximately 3,000 real zoo animals don’t seem to mind all the lights, and they can retreat to dark enclosures if they want.

Davis’ full-time, five-person crew makes the ZooLights magic a reality each year by creating, erecting, and maintaining the displays that feature approximately 3,000 large metal armatures – everything from dinosaurs to unicorns to hummingbirds, all covered with millions of white lights attached with colored clips.

It’s a dream-come-true-job for Davis, who told his parents when he was just a young boy that he would work at the zoo someday (and his dad and best friend now work there, too).

“One of my favorite things is to be a fly on the wall while people are there, and just sit and listen to the visitors, especially the kids,” Davis says. “It’s gratifying.”

Learn more about Heritage Park Zoo and its events at https://www.heritageparkzoo.org or by calling 928.778.4242. 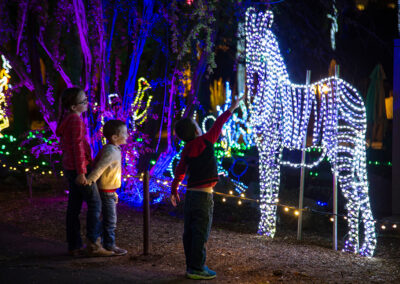 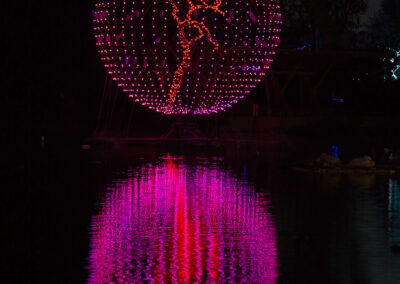 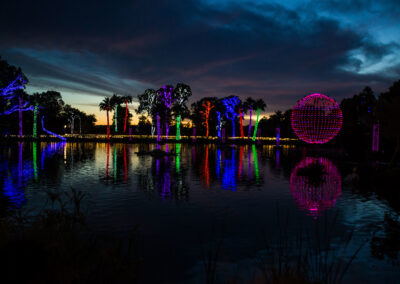 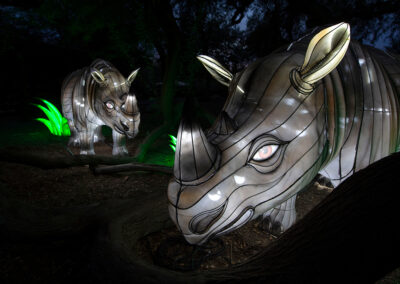 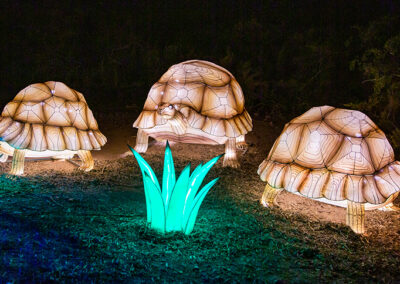 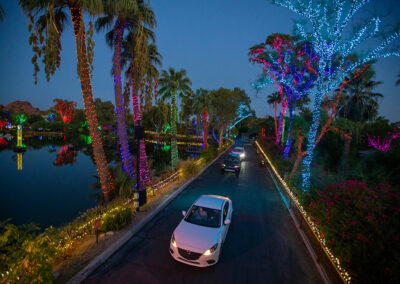 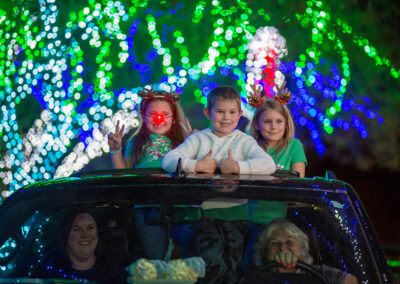 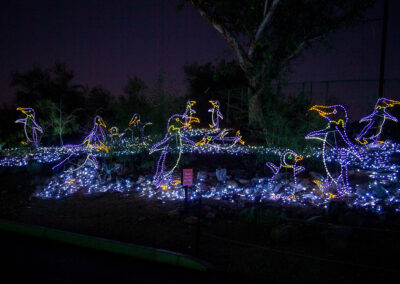 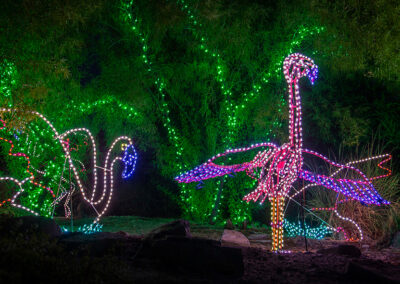 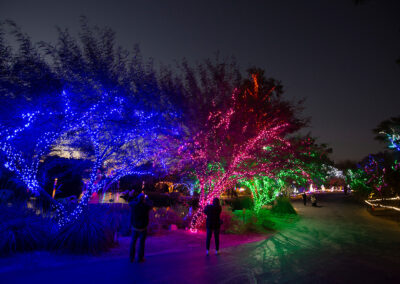 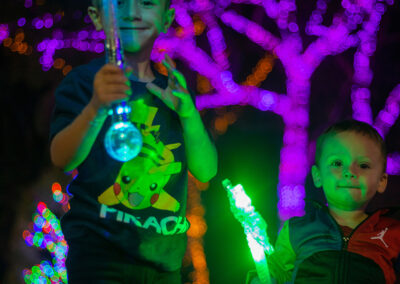 Cost: Walk-Thru $20/person, $16/member, or free for children 2 and younger; Cruise $75/vehicle or $60/vehicle for members; all tickets are limited and must be purchased in advance.