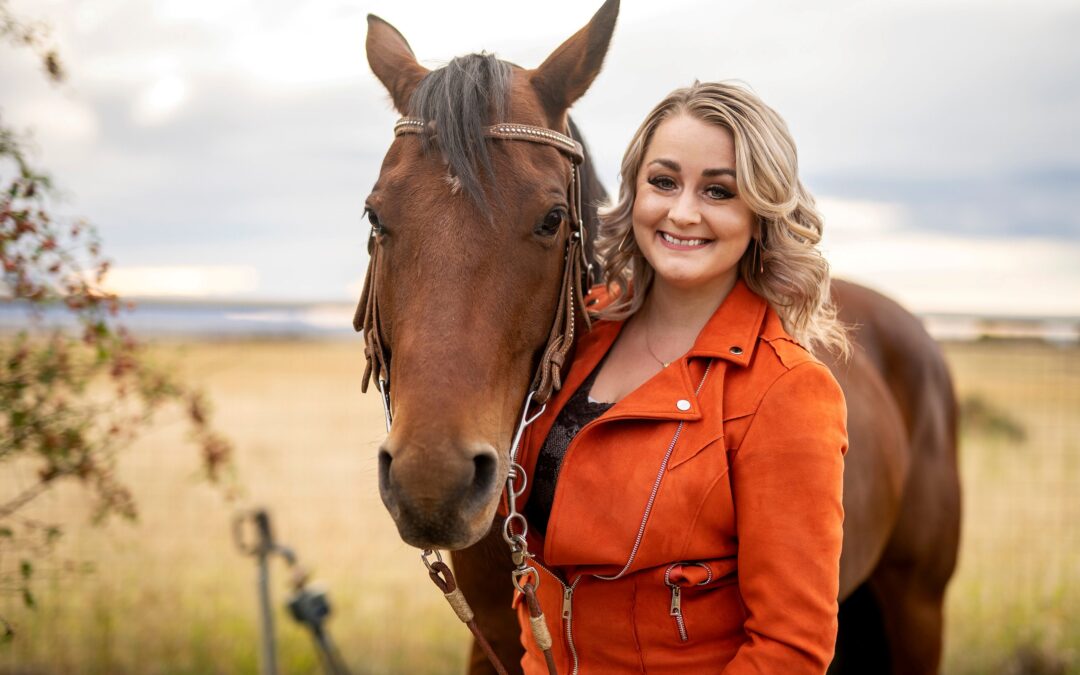 While the Chadwick Family’s story began in Wyoming, they recently created a new beginning in Arizona: they opened a State Farm Insurance Agency in Prescott Valley on April 1, 2021. They chose this area because it truly embraces a small hometown feeling, yet still offers larger-city opportunities that allow their daughter, Kimber Elizabeth, to flourish and grow.

Brandon and Makayla were born and raised in Wyoming in a small community known as “Star Valley.” Brandon is one of seven siblings. He grew up spending as much time outside as possible.

Makayla’s parents were transplants to Wyoming and she grew up with just one sibling: a younger brother, Hunter. She grew up competing in 4-H, rodeo, skiing competitions, rodeo royalty, poetry, and other scholastic programs. Makayla’s family lived on a small ranch with Scottish Highland Cows, horses, lambs, steers, goats, chickens, ducks, pigs, birds, lizards, rodents, amphibians, and almost every other animal you can think of! To say she was raised to love animals would be an understatement.

Although Brandon and Makayla grew up in the same town and knew each other, they had never spent time together. When Makayla was still in high school, each of their best friends, who were a couple themselves, convinced them to spend the 2012 Superbowl together. It was an instant match.

Shortly after Brandon and Makayla bought their first home in January 2013, tragedy struck: Brandon was in an oilfield explosion that left him severely burned and life-flighted to a burn unit in Salt Lake City, Utah. There was a time when he was in a medically induced coma and Makayla had no idea what would happen with their home, family, and livelihood. The Chadwicks consider Brandon beyond lucky to not only have survived this experience but also to continue to thrive and heal better than the burn team could’ve ever imagined.

Not long after his recovery, they started to try for a family. Along the way, they found that it would be far more difficult than they had ever anticipated. Rather than trying IVF right away, they focused on planning their dream wedding. They married in July of 2017 and went to South Africa on a hunting safari for their honeymoon, which, to date, is one of the most incredible experiences they have ever had.

Several rounds of IVF the following year worked to no avail, so the Chadwicks decided to take the journey of adoption. Their perfect daughter, Kimber Elizabeth, was in their arms on June 17, 2019. Adoption has truly touched their family in a way they can’t even begin to describe.

Along with their daughter Kimber, they have several fur children including three horses, a mini horse, and three dogs. As a family, they love to do everything outdoors and show Kimber everything life has to offer.