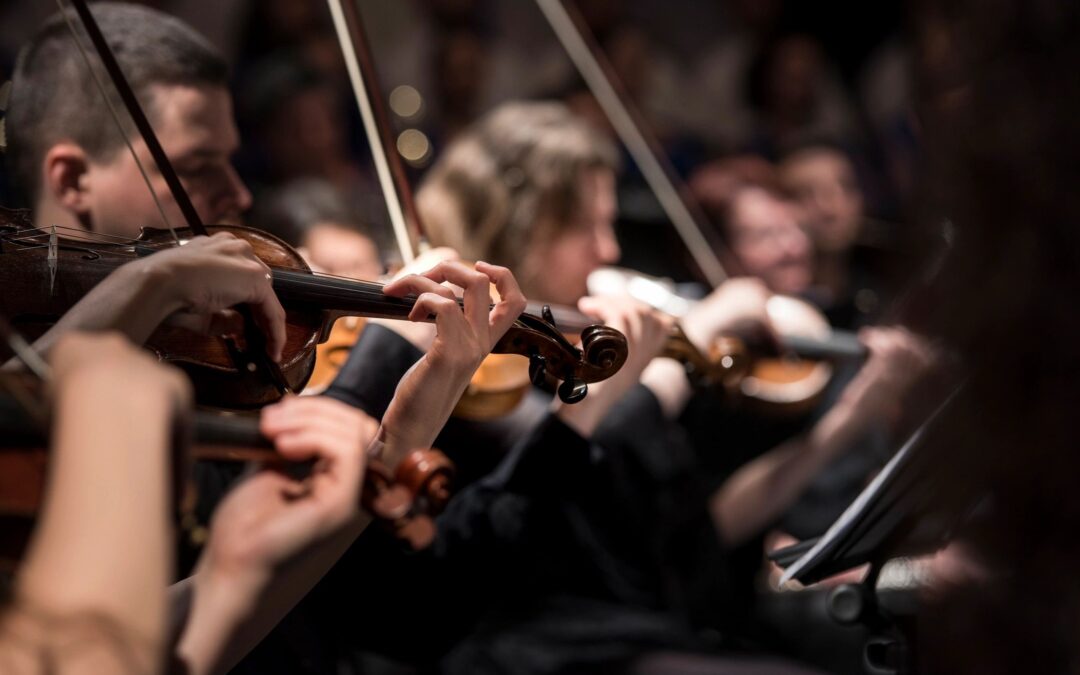 Live music is back! Save the dates for upcoming concerts.

For a town its size, Prescott can rightfully boast of an amazing array of musical talent regularly displayed by a number of long-established performing groups.  Whether one’s preferences run to classical or popular, choral or instrumental, religious or secular, the “scene” in Prescott has something for everyone. With the welcome relief from the restrictions of the COVID-19 pandemic, our local ensembles are once again planning full seasons.

Originally founded 30 years ago as a summer program, the Prescott POPs Symphony opened 2022-2023 with a pre-season outdoor concert July 3 at the Theater on the Green in Prescott Valley’s Civic Center complex (it was one of a series sponsored by the Yavapai College Performing Arts Center).

On September 18 founder and Conductor Emeritus Paul Manz will return to share the podium for A Tribute to the Film Composer. The traditional Christmas program, The Many Moods of Christmas, returns to the stage on December 11.

The new year will be ushered in on February 26, 2023, with Irving Berlin: From Rags to Ritzes and the season finale on May 21 will feature virtuoso violinist Steven Moeckle. All concerts are presented at Yavapai College Performing Arts Center beginning at 3:00 p.m.

Tickets are on sale now at PrescottPops.com.

Since its first season in 2015, the Prescott Chorale has delighted and impressed audiences both here and in Europe with stellar performances of the great masterworks of the religious repertoire.

In a show of its versatility, the Chorale will open its season on October 8 with a splendid program, Wind, Fire, Rain – The Soul of American Music! From inspirational tributes to Native American music and African American spirituals, to Copland’s lyrical journey in The Promise of Living, look for a dramatic and memorable experience. The concert will be accompanied by an exhibit of Native art and instruments and will be previewed by Maestro Dennis Houser and soloist David Goodluck.

The Chorale will greet the holiday season on December 16 and 17 with a performance of Christmas Time is Here.

The Chorale returns to the classical on March 4, 2023, with Bach, Immortal and Whimsical.  The season concludes April 22 with Beethoven’s Mass in C Major.

The Central Arizona Concert Band has been entertaining summer visitors to the Courthouse Square and regular season audiences for 25 years.  Typical concert programs offer a mix of rousing marches, Latin rhythms, movie themes, and light classical arranged for wind ensembles.   The band presents a summer series of concerts performed outdoors at the Courthouse Square in Prescott with the final one on August 18. The regular season will begin on October 9, followed by performances on November 20, January 29, 2023 and April 16.  All of the Band’s concerts appear at the Davis Learning Center at Embry-Riddle University and begin at 3:00 p.m.

For more details and to purchase tickets (in August 2022), visit CentralArizonaConcertBand.com.