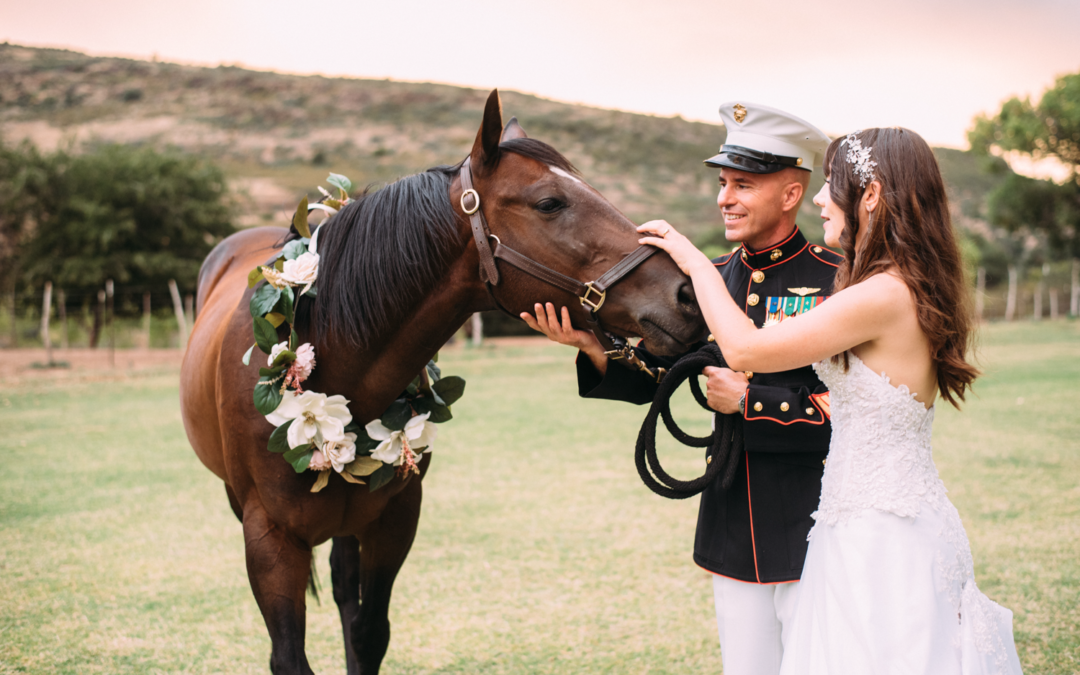 While the Bride and Groom are the Stars of Every Van Dickson Ranch Wedding, the Children Often Play a Special Role, Too

Children at Van Dickson Ranch weddings are delightful … usually.  In the ten years of weddings at the ranch, there have been some interesting times with the kidlets.

A flower girl, about two, was exceptionally tidy. Instead of dropping petals as she approached the altar, she picked them up. Later, as the reception was about to begin, one of the groomsmen lifted her up high for the entry and she squealed with delight.

But sometimes kids get scared.  A ringbearer, age five, was about to proceed when he froze.  He would not or could not move. Parents and wedding party members were pushing and prodding him, but he did not budge. Then arrived the DJ who said with authority, “Take my finger.”  The little boy clutched it for life, and they proceeded down the aisle.  The DJ was afraid he was going to be in the wedding, but the boy released his grip just in time for the DJ to be able to run to his stand to play the music.

Another young ring bearer was dressed immaculately to match the groomsmen, and as the ceremony was about to begin, he decided it would be more fun to play in the sand. He sat down and would not get up when it came time to proceed. Every attempt to make him move resulted in screams, so the lucky two-year-old got to play in the dirt during the entire wedding.

Some Van Dickson Ranch staff members are called “cowboys” because they wear cowboy hats and boots. When a “cowboy” saw four little girls heading toward the horse corrals without an adult, he jumped into a club car and sped toward them. When he reached the girls, he asked, “Would anyone like to drive?” The horses were instantly forgotten, and the girls piled in. Each girl drove around the polo field several times with the chaperone carefully watching. At the end of the ride, they asked to be dropped off at the horses. The cowboy’s response was, “Too late.”  It worked.

Brides often ask for pictures with Romeo, the handsome Van Dickson Ranch wedding horse.  However, one child was terrified when she saw the thousand-pound creature. When Romeo lovingly gave her a “hug,” curling his neck around her, she realized she was not in danger, and it wasn’t long before she was on board, all fear gone.

The Van Dickson Ranch is owned by C. Paul and Carolyn Harris, and nuptials began when a couple attending an annual polo tournament and Texas BBQ there asked if their daughter could be married at the ranch.  The Harrises agreed and enjoyed the experience.  They continue to have weddings at their Skull Valley property every weekend April through October because of the joy on wedding days and the unpredictable cuteness of the children.