‘We Were So Grateful’ 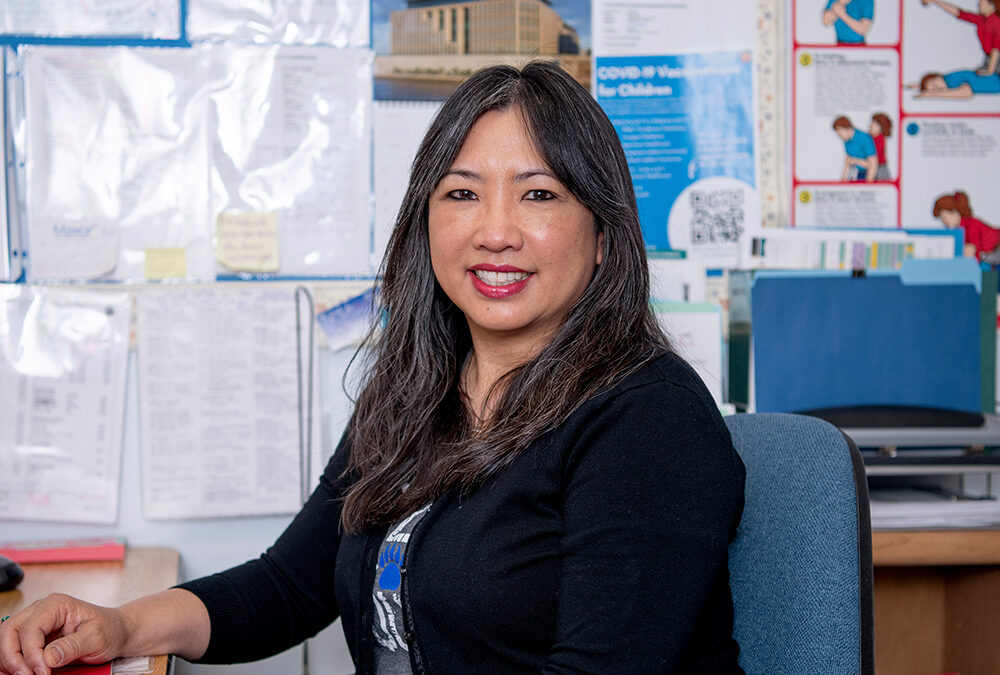 The war in Ukraine has been stirring up memories for Mai Nguyen.

The impending North Vietnamese military invasion of South Vietnam forced Mai’s family to flee to the United States in 1975 when Mai was six years old, and she’s never returned. Vietnam has been a socialist republic controlled by communists ever since.

But you won’t hear Mai lamenting her life’s path.

“When you have a choice to live freely, you don’t hesitate to make that choice,” Mai says. That’s also why Mai’s parents left communist North Vietnam for South Vietnam in 1954 during a brief window of opportunity following the First Indochina War

Mai’s father joined the South Vietnam military, so his life was in mortal danger if he stayed under North Vietnamese rule in 1975. Their family of seven (Mai was the youngest) was among the lucky 100,000 to escape just days before the Fall of Saigon, with the help of an American uncle who worked for the CIA in Thailand. They left with only a small pack on each of their backs, family photos and $175. They could say goodbye to no one.

About 100,000 Ukrainians will be allowed to find refuge in the U.S. too, but Mai feels lucky compared to the Ukrainians because she didn’t have to experience war.

Catholic Charities helped Mai’s parents find a home and factory jobs in Orange County, California. The family learned English by immersion at work and school. Mai doesn’t remember being treated poorly for being different. Their Catholic faith helped them through the transition. After eight years the entire family became U.S. citizens.

“We truly adapted and assimilated so well,” Mai recalls. “I guess it was because we were so grateful.”

When Mai attended her sister’s engagement party, Mai met her future husband Quang Nguyen, the brother of her sister’s fiancé. Coincidentally Quang also was a Vietnam refugee. When Quang’s job transferred him to Phoenix, they chose Prescott for their home to escape the heat. After 18 months Quang opened his own advertising business here, and voters elected him to the Arizona House of Representatives. Mai is a Prescott Unified School District nurse.

Mai and her family may have lost their original homeland, but they kept their culture and continue to celebrate Vietnamese holidays such as the Lunar New Year.

“We try to teach our kids to not take anything for granted,” Mai says. “They understand where we came from.”

Her daughter is giving back with a military career, while her husband enjoys speaking to veterans groups across the nation.

“Some of them didn’t know why they fought there (in Vietnam) – and we’re here to tell them we’re the reason,” a grateful Mai says.