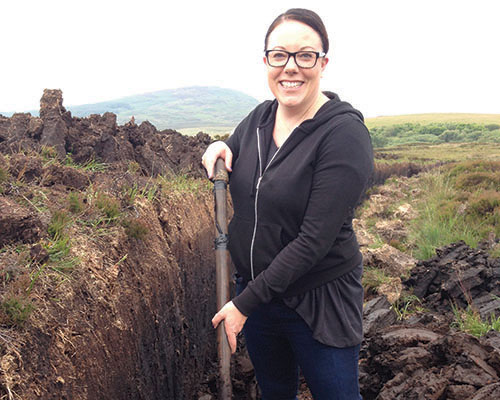 Molly Fernow is a fourth-generation Prescottonian—and although her education and career have taken her around the country and the world, she has always considered Prescott home.

Molly earned her Bachelor of Arts degree from the Walter Cronkite School of Journalism at Arizona State University. After graduating, she traveled across the globe to complete a six-month internship at a radio and advertising agency in Maroochydore, Australia.  After returning to the United States, she continued to work in radio for several years before accepting a marketing and sales position with Anheuser-Busch in Hermosa Beach.

She then spent 10 years with Remy Cointreau, USA, where she worked as Marketing Manager for 13 western states and the State Manager of Colorado.

“Working with Remy Cointreau allowed me to be extremely creative and innovative with my marketing strategies in multiple markets,” Molly said.

During her time with Remy Cointreau she developed a love for travel.  She visited distilleries in France, Barbados, Dominican Republic, and Scotland.  She is also a certified Bruichladdich Scottish Ambassador where she studied in Islay under distilling legend Jim McEwan before he retired.

Despite enjoying her travels, Prescott’s pull was strong. Missing her family and her hometown, Fernow moved back to Prescott last year.

“I was spending more and more time coming back,” she said, “and before I would leave I would be making travel plans for my next trip home.”

Fernow currently serves as the Development Officer at the Boys & Girls Clubs of Central Arizona. She said she loves being a part of an organization that makes such a huge impact in the community.  Her background in marketing, events and sales has been a good fit as she has started working in the non-profit sector.  She said she feels fortunate to work with an amazing group of people at the Club, and has enjoyed developing and collaborating on all the innovative events and programs they bring to the community.

Most importantly, Fernow feels proud to be a part of the Prescott-area community. She became a member of the Prescott Area Young Professionals, and said she enjoys being part of a group that is dedicated to giving back locally. Her passion is traveling; if she hasn’t been there it’s on her list! She loves spending time with her family, which includes three living grandparents. The motto Fernow lives, personally and professionally: Anything is possible!

For more information about the Boys & Girls Club of Central Arizona visit www.bgccaz.org